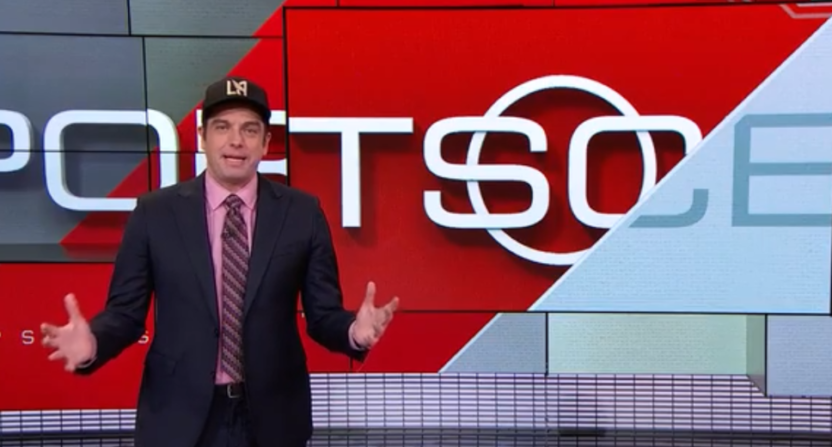 MLS expansion team Los Angeles FC already made one unusual move on the media side, announcing that English-language broadcasts of their games will be exclusive to YouTube TV rather than a traditional regional sports network, and they’ve now brought in a well-known figure to both call those games and create other content for them. That would be Max Bretos, who worked for Fox Soccer Channel from 1998-2010 and has been with ESPN for the last eight years.

Bretos, who will continue to work at ESPN as well,  joins LAFC as “Lead Broadcaster and Head of Content,” and will do play-by-play for their YouTube TV games. He’ll also host a pre-game and post-game show around those games and create “original LAFC programming and content” on their YouTube TV channel. Here’s more from the club’s release:

One of the most pre-eminent soccer personalities in the country, Bretos joins LAFC while in his eighth year with ESPN, where he will continue to work. He has worked on nearly every show ESPN offered, eventually becoming one of the main faces for ESPN’s flagship show, SportsCenter. He has anchored ESPN’s MLS Cup coverage for seven of the last eight years and handled play-by-play duties on ESPN’s coverage of Euro 2016. Bretos will now be based out of ESPN’s Los Angeles Production Center covering SportsCenter and other duties.

“I don’t know if I can properly express how excited I am for this opportunity,” Bretos said. “Having lived in L.A. for 15 years, I know first-hand what the World’s Game means to this city. I met my wife in L.A. and my son was born here – to be able to return here to create content and help voice the soundtrack for this new Club is a dream come true.”

Bretos announced the move in a short video where he donned a LAFC hat while on the SportsCenter set:

He added on Twitter that his popular “Max and Herc” podcast with Herculez Gomez will continue:

I am thrilled to add, I am still with ESPN will be LA based. #MaxandHerc will continue. @herculezg https://t.co/RIoDSxvwm5

And he had a funny exchange with Portland Timbers’ owner Merritt Paulson about his previous work for the L.A. Galaxy (he spent five seasons as their main broadcaster):

(Just remember to wear pants when you are doing games. The rules have changed since your LAG days ?)

I couldn’t have been the only one. https://t.co/sOn448tLpj

But Bretos’ move is perhaps more notable, considering that he could potentially wind up discussing the team he works for in somewhat of an analytical capacity on SportsCenter, Max and Herc, and so on. That conflict’s disclosed here, and would presumably be disclosed if LAFC did come up on air, but it’s worth keeping an eye on.

At any rate, this is a move that seems to make sense for all parties involved. Bretos talks in that video about how he’ll be happy to be based out of LA, and ESPN clearly has found stuff for him to do there for them. He also gets to do more play-by-play, which he says he loves. As for LAFC, they gain an experienced soccer voice with national credibility, and do so without having to bring one on board full-time. It will be interesting to see who they announce as the analyst for their YouTube TV broadcasts, but Bretos certainly seems like a good play-by-play fit. And it’s notable that LAFC, Bretos, and ESPN found a way to make this work for all sides.