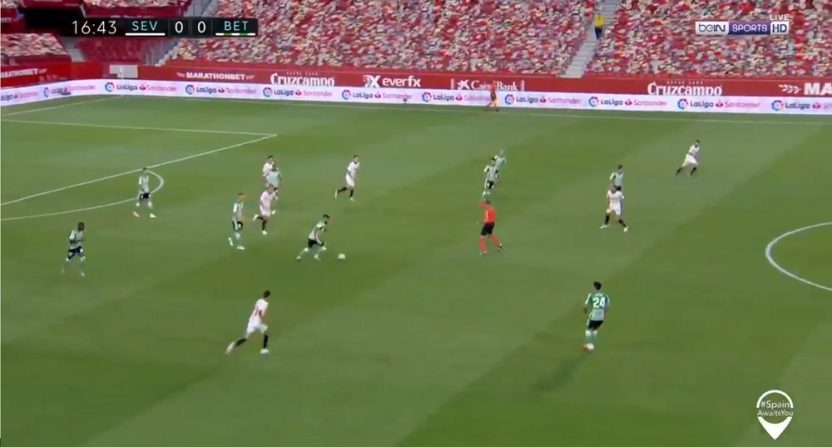 As sports return, there have been a few debates about whether or not broadcasts would be improved via artificial crowd noise.

Our staff poll found mixed opinions on this as a broadcasting tactic, but at least one league has decided that it’s the way forward. That’s La Liga, and not only will they be using artificial noise, but they’ll be using visual effects to add in a virtual crowd in the stands, as well. That’s according to this piece in The Athletic ($) from Dermot Corrigan, where La Liga executive Melcior Soler went over the Spanish top division’s strategy going forward.

However, TV viewers of La Liga games, starting with Sevilla v Real Betis on Thursday evening, will be served up an “entertainment spectacle” not so different from what they are used to, claims La Liga’s audiovisual director Melcior Soler.

“We respect a lot what the Bundelisga are doing and the Premier League, and the NBA, but what we are doing will be different,” Soler tells The Athletic. “We are thinking of this as a televised entertainment spectacle. What we are going to do is make you recall what you are used to seeing when the stadiums are full.”

Soler says his team at La Liga have spent the last two months working with EA Sports and Norwegian technology specialists Vizrt to produce images which “trick” the eye into thinking the stands are full of fans.

“As a viewer, you will see a game very similar to what you do now,” he says. “The only stands seen will be full of ‘virtual fans’. From our tests, there is a small impact on the audiovisual perception of the viewer, who will actually sense that the stadium is full.”

It’s tough to visualize, but it sounds like matches will feature stands filled with CGI fans a la FIFA games. It might sound weird in theory, but Soler seems pretty convinced that the effects will be as natural as possible thanks to a honed strategy.

“Using our audio archive from previous games and technology from EA Sports, we can choose the type of ‘murmur’ that you hear during a real game,” Soler says. “When a team is on the attack, there is a special murmur; or when there is a shot at goal, disappointment among the fans, a goal, a loss of possession. There are different possibilities to choose from. This murmur is not intrusive, it is low volume, and what viewers are used to when they watch a game on TV. Above all, you hear the commentator and the pundits, and then underneath, this low murmur. This is what we are introducing, to give a more real feeling to the game.”

It’s a fascinating tactic for a broadcast, and it’s the only way something like this could work. The key for any of these artificial crowd noise ideas is that they end up feeling less jarring to viewers than just watching a game in a quiet, empty stadium or arena. If artificial noise or virtual fans come across as even less natural, then it defeats the point. But considering the lack of fans for sporting events going forward, at least in the near- and/or medium-term, it will be interesting to see which of these ideas work and which don’t.

UPDATE: here’s what the virtual fans look like, from Thursday’s Sevilla-Real Betis match. 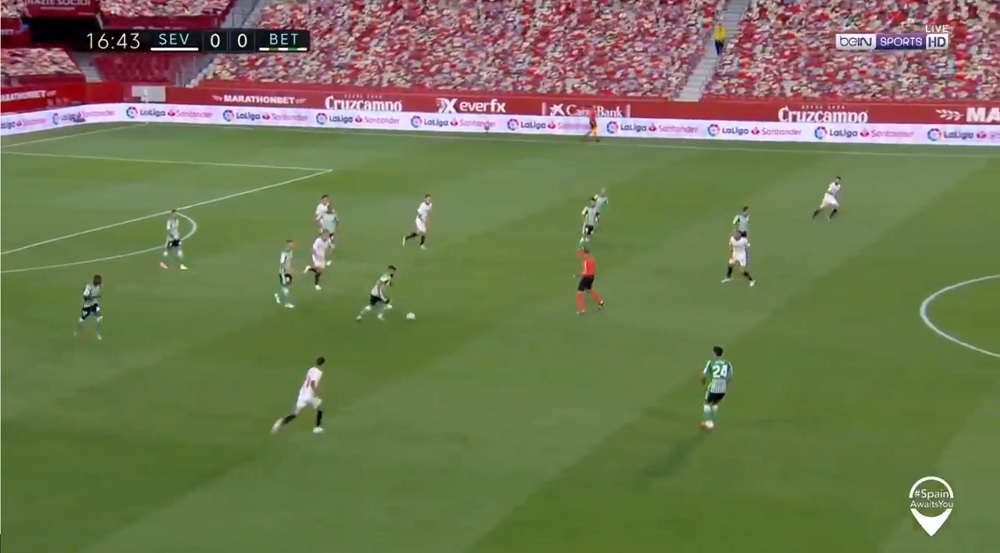