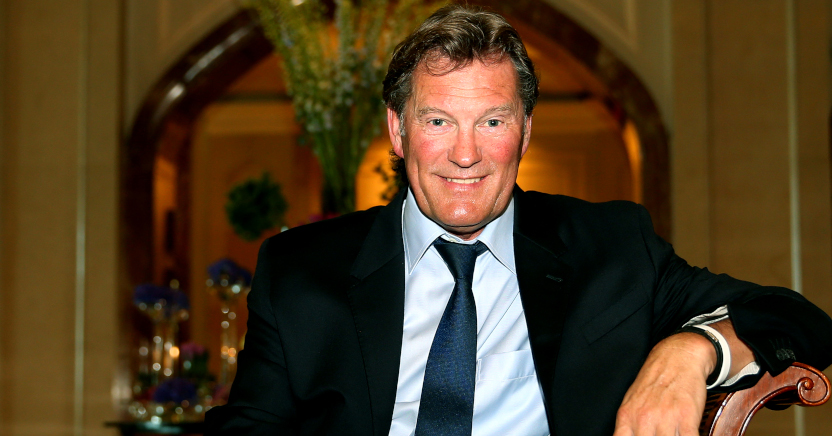 U.K. broadcaster ITV continues to change up their soccer coverage. Last month, they went from Clive Tyldesley to Sam Matterface as their lead commentator (for a variety of properties, including the Premier League, the UEFA Champions League, and England men’s national team matches), with Tyldesley shifting to a #2 role. That led to Tyldesley (who, after that, also agreed to a deal to call Champions League matches for CBS Sports in the U.S.) posting a video saying he was  “upset, annoyed, baffled” and “I have not stepped down, I have been moved aside.” And now, ITV has also replaced long-time analyst Glenn Hoddle (seen above).

Hoddle managed clubs Swindon Town, Chelsea, Southampton, Tottenham and Wolverhampton, and also managed the English national team from 1996-99. He started his media career with ESPN at the 2012 FIFA World Cup, then worked with ITV beginning with the 2014 FIFA World Cup and going on to cover Euro 2016 and the 2018 World Cup. He was ITV’s main analyst for England men’s national team games, and now he’s not, replaced by former Stoke, Arsenal and England player Lee Dixon (who’s been calling games in the U.S. for NBC since 2013, but has also worked with ITV and the BBC). Here’s more on that change from John Cross of The Daily Mirror:

Former Three Lions boss Hoddle formed a winning partnership with Clive Tyldesley behind the mic for ITV’s coverage of live matches and highlights in major tournaments.

But just three weeks after announcing that Sam Matterface is taking over from Tyldesley as lead commentator, they are also making another change.

Former Arsenal defender Lee Dixon, who has built a reputation as an excellent pundit with ITV, will join Matterface in the commentary box for future England games.

An ITV spokesman said: “Glenn has been an excellent co-commentator and valued part of the ITV team.

“His deal has come to an end and going forward we are making a change in the co-commentator role, bringing in Lee Dixon, who has experience in this position and who, with his wealth of expertise and insight will work well with Sam Matterface, our new lead commentator.”

So that’s a notable change, especially with Hoddle being with ITV for so long. There isn’t a clear reason for it other than a desire to shake things up. But it’s certainly significant that Dixon is now gaining more prominence in England, and that Hoddle is on his way out from ITV. We’ll see if he lands somewhere else.

[The Daily Mirror; photo via Wikipedia]