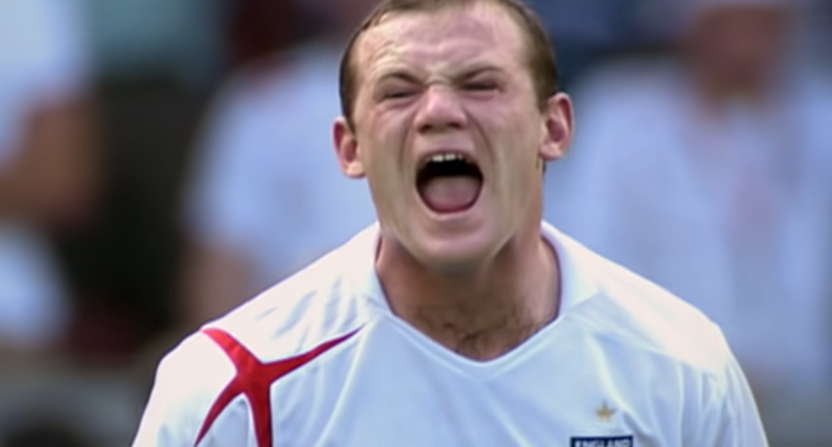 Wayne Rooney retired just last summer, and his presence still looms large. England’s all-time leading goal scorer has been in the spotlight since he was a 16-year-old phenom. Now 36 and the manager of Derby County, Rooney has experienced his fair share of triumphs and missteps over two decades in the public eye.

The Amazon Prime documentary Rooney is an attempt to rein in the narrative. Director Matt Smith knows how to chronicle legendary footballers, having made films on Rio Ferdinand and David Beckham. Still, as with most documentaries featuring a celebrity subject cooperating, it stands to reason Rooney wouldn’t be involved if he wasn’t shown in a flattering light. You’ll see Rooney as a family man, interacting with his wife Coleen and their four children. The interviews with Rooney’s parents are cute.

And, of course, included are highlights of his stellar career. Rooney won five Premier League titles for Manchester United and scored the most goals in club history (253). From an early age, he was one of England’s most popular stars as fans serenaded him with chants describing him as the “white Pelé.” The international dreams of a nation rested on his shoulders. At times, that burden felt too heavy.

The documentary does address some of Rooney’s issues, including his well-documented infidelities. Rooney is not asking for the public’s forgiveness. Greatness requires a sharp focus on honing a particular skill. Sometimes that single-mindedness leaves a person less developed in other areas, especially when it comes to maturity.

Rooney begins with footage of him in a hooded boxing robe, repeatedly hitting a punching bag. He tells us: “I was brought up to fight for my place to play. Fight for everything. That will never leave me.” Rooney adds: “What people don’t understand is that when you’re 17, 18 years of age, you’re not supposed to be able to handle this. There’s going to be mistakes made.”

Sometimes there’s an assumption that when a boy looks like a man that he’s ready to be an adult. Former Arsenal star Thierry Henry gives voice to that perception in Rooney when he describes first seeing this 16-year-old with the body of a man. Rooney announced himself to the world in October 2002 by scoring the winning goal in Everton’s 2-1 stunner over Arsenal.

It’s one of the most memorable plays in soccer history. Rooney became the youngest footballer ever to score in the Premier League. The upset snapped Arsenal’s 30-game unbeaten streak, and put Rooney on the map. Henry, marveling at Rooney’s physique and attitude, said in the documentary: “He wanted to destroy everything that was in front of him.”

A star was born. However, Rooney broke some local hearts when he left Everton for Manchester United where enjoyed his greatest achievements. He wasn’t as successful on the international level. He infamously got a red card against Portugal for kicking Ricardo Carvalho in the groin in a quarterfinal loss in the 2006 World Cup. In Rooney the mercurial striker provides an unsatisfactory explanation: “I truthfully don’t know if I meant to stamp on him or not.”

Rooney is a little more forthright when describing how he once wore longer cleats with the intention of hurting someone. That someone turned out to be Chelsea’s John Terry, who suffered a foot injury in a Premier League match in 2006. Recently, Rooney has walked back those comments, and The Athletic reported that Rooney has been warned by The Football Association.

As far as the alleged salacious details of Rooney’s personal life, Rooney doesn’t divulge much other than flashing a few tabloid headlines. Coleen, who was his childhood sweetheart, partially blames the cheating on Rooney hanging out with the wrong crowd. Also, both her and Rooney say that his struggles with alcohol played a role.

Coleen has stood by her man and her presence in the documentary does help soften Rooney’s image.

Rooney probably won’t change anyone’s opinion. But if the goal was for people to focus more on who Rooney is rather than what he’s done, it may have succeeded.