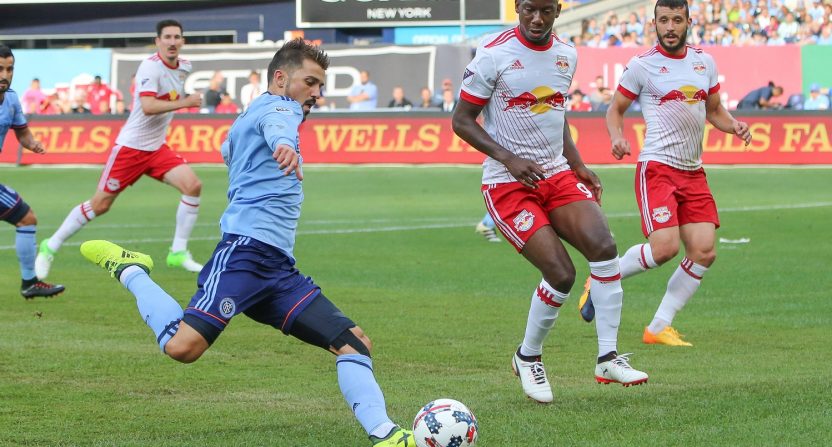 Rivalries, as all sports fans know, are the bedrock and the foundation of every major competitive soccer league– every competitive sport, really— in the world. So for Major League Soccer, in its 23rd season, how is it doing in terms of cultivating, growing, and branding rivalries that are not only currently relevant, but will also endure and stand the test of time?

Leading up to Saturday’s Hudson River Derby between the New York Red Bulls and New York City Football Club, 2 p.m. on ESPN, Awful Announcing spoke with the network’s lead soccer broadcasters Adrian Healey and Taylor Twellman about the state of rivalries in MLS and what can be done to build awareness for them on a national and global level.

Rule No. 1 about rivalries, according to Healey and Twellman: They can’t under any circumstances be manufactured, and must be developed organically.

“I find that MLS at times wants to jumpstart something so quickly by naming a rivalry or calling a rivalry,” Twellman told Awful Announcing.

Healey remembers the first 15 years of MLS, when the league did try to manufacture rivalries, to little success. The league knew how important rivalries were for the sport, he said, and tried to artificially develop some, “which just doesn’t work. It doesn’t. I’m sorry.”

“They used to trump up Dallas against Chicago, I mean for god’s sake,” Healey told Awful Announcing. “What was that, the Brimstone Cup, or something? It’s like, no. That’s not it. Toronto against Columbus, that’s not right.”

Twellman remembers when Chivas USA came into the Los Angeles market for the 2005 season and shared a stadium with the L.A. Galaxy, but never had enough sustained success to really generate anything more than a superficial rivalry with the Galaxy.

“There has to be a reason for them, whether it’s based in geography or history or culture,” Healey said. “All of those things go into making a rivalry.”

But now, Healey said, the state of the league in terms of rivalries is a lot better than it once was, and it’s at a point where the league has three or four really big rivalries that don’t have the history as others around the world do, but “what they do have is authenticity.” 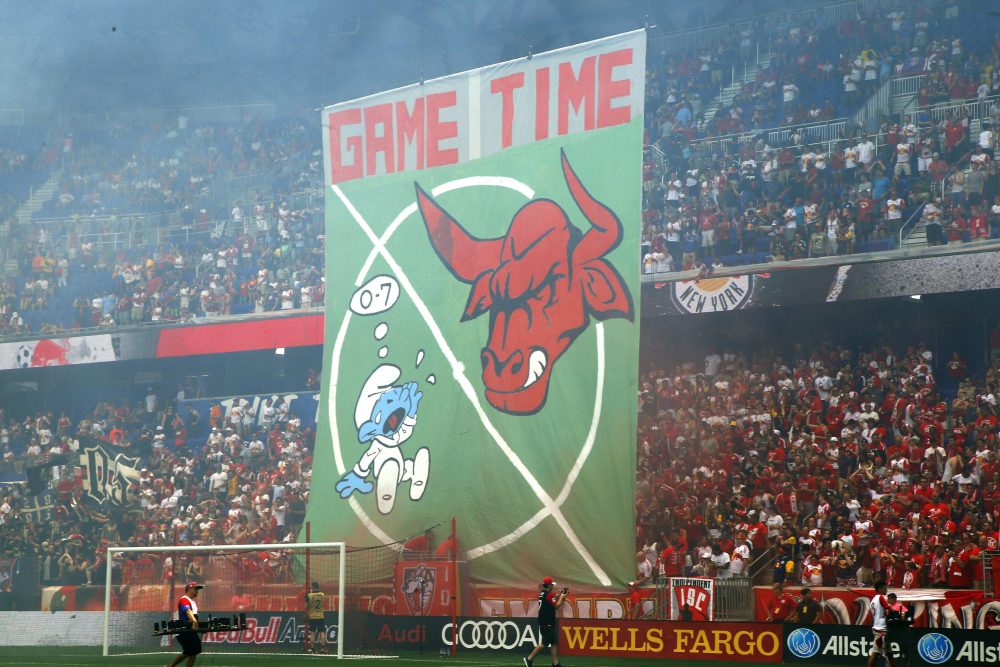 “This New York rivalry has been genuine right from day one,” Healey said. “There’s some real animosity between the two sets of supporters, there’s different philosophies, there’s the basic difference of color, red and blue. It’s a fascinating rivalry to me, this one. And it felt real to me right from day one.”

Twellman disagrees with Healey to a point, saying that the rivalry was really ignited on May 21, 2016, when the Red Bulls registered a 7-0 thumping of NYCFC at Yankee Stadium. But the pendulum has swung the other way since that match, with NYCFC picking up three wins and a draw in the last five MLS regular season meetings between the clubs.

“This game easily in my opinion this year is the peak of this rivalry, because finally New York City has their feet under them and they have a plan of action,” Twellman said. “Every coach, every player, every personnel in this league, when they circle the schedule and say ‘what games am I gonna watch that’s not my team’s games?’ New York-New York is one of them.”

But for the Hudson River Derby to really get at the level of MLS rivalries like Portland-Seattle or Toronto-Montreal, a lot more traction has to be gained in the NYC market itself, which has proven difficult.

So the Red Bulls’ and NYC’s biggest battle, Twellman said, is being relevant relative to the Yankees, Knicks, Giants, Rangers, and all the other long-entrenched teams in the city.

“I think winning [is the key],” Twellman said. “New York loves a winner, and when they win and do it with stars, you have that.” 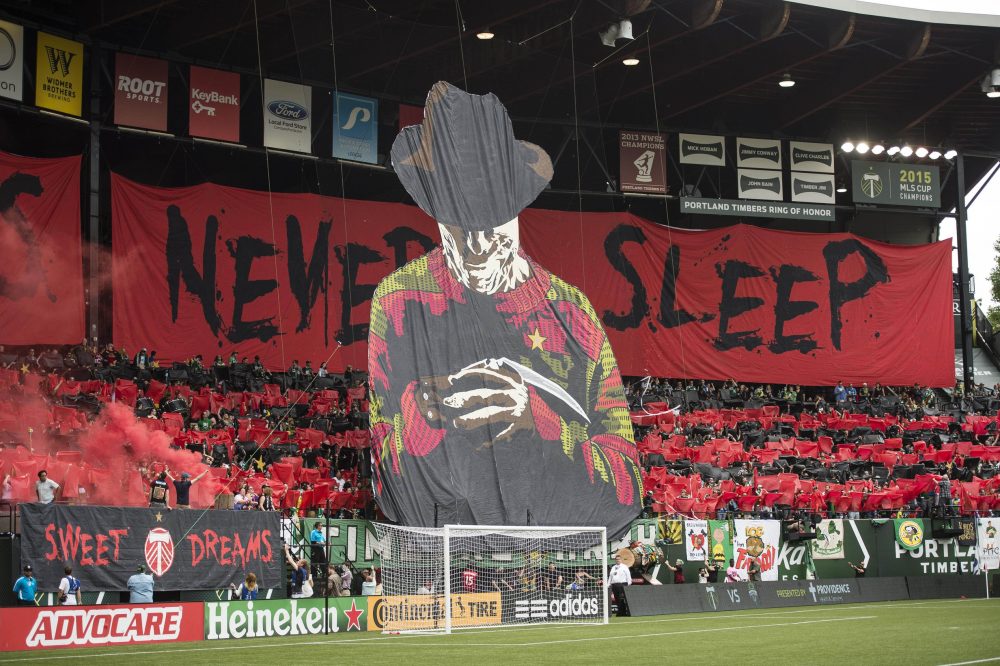 The Portland-Seattle rivalry escalated even further, Twellman said, when the two teams won their first respective MLS Cups in consecutive years in 2015 and 2016. Their 100th meeting all-time will be broadcast on ESPN on May 13.

Along with both teams in a rivalry winning and being competitive, time and history are vital factors in making a strong rivalry. And since 11 of the league’s 23 teams weren’t in MLS before 2008, it’s going to take some patience from the league’s fans, Twellman said.

“I just think sometimes as a society, we want it overnight,” he said. “You’ve gotta have monumental moments in rivalries and matchups and teams’ history. So much of what we talk about in American sports is based on historical stuff. And yet when it comes to this sport and people say ‘it needs to happen now,’ well no, no, no, hold on here.”

While a few rivalries in MLS are already at a high level, there are some, like L.A. and LAFC, Orlando and Atlanta and perhaps even Nashville and Cincinnati in the future, that will become a growing part of the league as it matures. Even though NYCFC is only in its 4th season, Twellman noted that it didn’t take very long for its rivalry with the Red Bulls to get towards the top of the league.

“The New York rivalry is one to be savored and it’s as real as any rivalry around the world, even though it’s obviously not as old,” Healey added.

So while MLS obviously still has a long way to go in terms of getting its rivalries to…umm…rival the classic matchups around the world, Healey thinks that the league is headed in the right direction.

“Now we’re on the right path,” he said. “And all that can really be added to it now is time. And that’s something you can’t manufacture.”