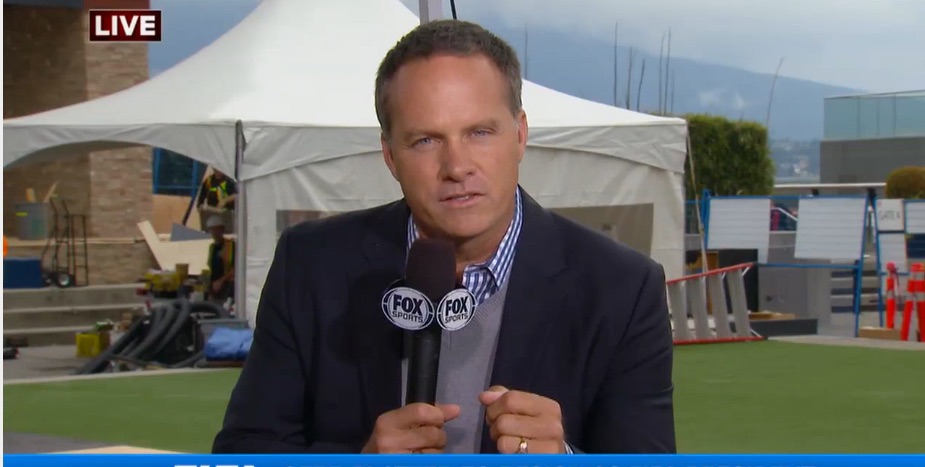 FS1 analyst Eric Wynalda is unhappy with the state of U.S. Soccer, and he appears prepared to do something about it.

The former U.S. Men’s National Team star told The Guardian that people around the game have encouraged him to challenge Sunil Gulati for president of the U.S. Soccer Federation and that he will considering running in February’s election.

“I’ve stood back for two decades waiting for things to get better,” Wynalda says. “What I’ve realized is that there is not a whole lot of people who are willing or even wanting to invoke change. Out of moral obligation, I think I’m finally at the point where I’m asking, ‘What can I do to help?’ I don’t want to tweet something or write an article or start a fight. I want to roll up my sleeves.”

“I’ve had at least 50 calls from people encouraging me to run,” Wynalda says. “Not just people on Twitter who want promotion and relegation and want the [USSF] house of cards to fall. I’ve heard from people who want to know how we can make soccer better in this country.”

Wynalda told The Guardian he is frustrated that U.S. Soccer has stagnated in international play over the past decade, even as youth participation in the sport has mushroomed.

Gulati has served as president of U.S. Soccer since 2006 and has been reelected without opposition twice since then. The U.S. has advanced past the group stage in the last two World Cups, but was bounced in the knockout round each time. Boston attorney Steven Gans has indicated he’ll run against Gulati in 2018, and many observers assume another candidate or two will jump in as well.

Wynalda, who scored a then-record 34 goals in 106 caps for the U.S. between 1990 and 2000, has worked in broadcasting for more than a decade—formerly at ESPN, Yahoo and SiriusXM and currently at FS1. He also serves as manager of the amateur L.A. Wolves FC. Wynalda would presumably have to quit his media gigs if he became U.S. Soccer president, as commenting on games played by teams he oversees would represent a pretty severe conflict of interest, even by the standards of sports broadcasting.