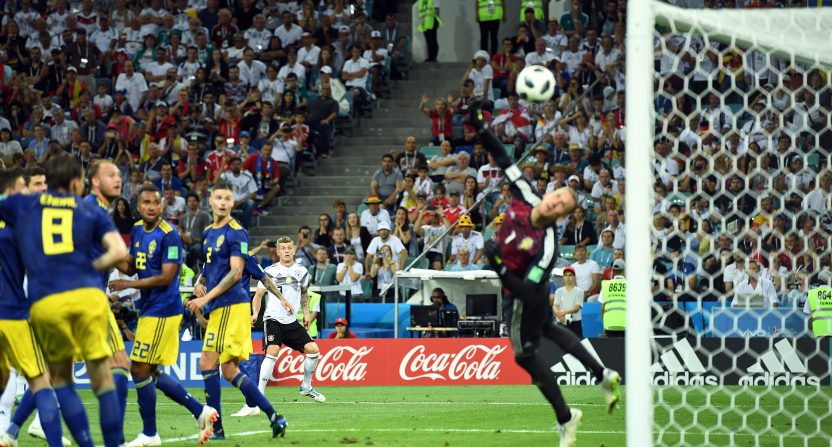 The early ratings from the 2018 FIFA World Cup in Russia on Fox/FS1 haven’t measured up to 2014 in Brazil on ABC/ESPN/ESPN2, but it was not to be expected. Games on Fox were down almost 40% in the first week and FS1 was down by 14%.

However, on Saturday, Fox rebounded with its three round robin games averaging 3.8 million viewers being paced by Germany-Sweden which averaged 5.3 million viewers, the best thus far for this year’s tournament. Fox added that it’s the highest viewership for a game not involving the U.S. in the group stage.

But if you ask Fox Sports resident ratings numbers cruncher and executive vice president of research and content strategy Mike Mulvihill, he’s not worried about the lower numbers. He tells Multichannel News that Fox is “pretty pleased” with the performance through the first eight days of the World Cup and “we’ve been especially happy with the numbers we’re seeing on the cable side from FS1.”

“I would say in general the FS1 matches have exceeded my expectations and our expectations. Last week more people watched FS1 than any other sports cable network for an entire week. That’s the first time that’s ever happened, and that was on the back of not just the World Cup but also the U.S. Open. On the broadcast side we’re about where we expected to be. I think things will get better as we get through the group stage and into the knockout round where the stakes of the matches become a little bit higher.”

Not having the U.S. men this year has been a blow, but Mulvihill points out that in 2014, there was a nice harmonic convergence for ESPN when it aired the World Cup from Brazil:

“Clearly the two big challenges of this tournament are the absence of the U.S. team and the fact that it’s being played on the other side of the world. In 2014 when the cup was played in Brazil, that was really an advantageous time zone for North American audiences. It’s all a little bit of a challenge on two fronts, and because of that the declines that we’re seeing from 2014 don’t really come as any surprise. “

Mulvihill said that Fox realized early that it wasn’t going to match the numbers from 2014 and advertisers did as well. But going into the knockout phase and as the stakes get higher, Mulvihill is confident that as traditional soccer powers like Brazil and Germany advance, people will get more interested. And he feels England and Mexico should help as well.

Overall, Mulvihill is bullish on Fox’s ratings and he says Spanish language partner Telemundo should also see a bounce. So for now, Fox is not under a “sky is falling” panic mode and is confident going into the Round of 16.