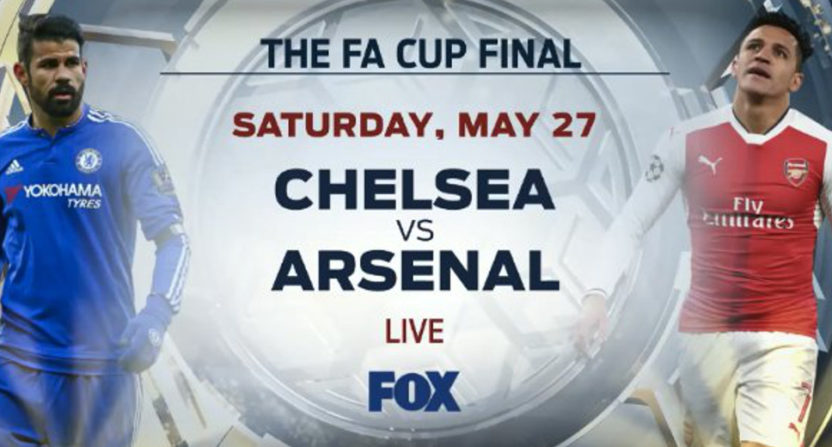 The next sports event to move to a streaming-only option could be the FA Cup. Fox’s deal with England’s Football Association for FA Cup rights expires after this year, and Kartik Krishnaiyer of World Soccer Talk writes that there’s strong interest in selling those rights to a streaming partner:

Our World Soccer Talk sources understand that worldwide media broker IMG is exploring the idea of selling the US rights to the competition to a pay streaming service. Whether it is Amazon’s Prime Video platform, BAMTech or the soon-to-be launched ESPN Plus (or some other entity such as Facebook), it’s unclear as talks are still continuing at this time. perhaps including Facebook who has recently shown interest in acquiring rights to air soccer matches.

Amazon could be interested given that they are filming a behind-the-scenes documentary about Manchester City this season to air to Prime subscribers at a future date. Acquiring rights to a soccer competition on top of the exclusive documentary would be an ideal complement and an important building block as it continues to slowly acquire more rights to stream world sports.

It’s also worth keeping an eye on Turner Sports to see if it tries to picks up the FA Cup rights for a minimal fee and add it to the soon-to-be-launched pay service that will include all UEFA Champions League and Europa League matches not aired live on TNT, TBS or TruTV. Close to 80% of matches in Europe’s two largest continental club competitions will be behind a paywall for US viewers beginning in the 2018-19 season.

The discussion of the forthcoming pay streaming services from ESPN and Turner as options here is interesting, as much of the streaming talk has focused on platforms like Twitter and Facebook, which are generally free to access and ad-supported. (YouTube is a middle option; some of its content is free, but some, like the new LAFC deal, is restricted to YouTube TV subscribers.) Even Amazon, which requires a yearly fee for Prime, is probably a wider distribution option right now, as Prime comes with a whole lot of other benefits and those other pay services haven’t even launched yet. Krishnaiyer also mentions the deal the English Football League struck with BAMTech for the Carabao Cup (formerly known as the EFL Cup, the Capital One Cup, the Carling Cup and so on) and Championship broadcasts, which has seen ESPN streaming matches on ESPN3 and occasionally picking them up for TV platforms. But, as he notes, ESPN may become more stingy with what they stream for free (with a cable authentication) now that they’re launching an OTT pay service.

The FA is going to have to balance a couple of factors in any deal; reach versus money. While streaming is growing in popularity, there are still a lot of people who want to watch sports content via their cable or satellite packages, and the FA Cup’s final-round broadcasts on the big Fox network have done well there. (However, the earlier rounds have often received less coverage than many soccer fans want, partly because of Fox’s college football and college basketball programming; you can see that from the Fox FA Cup schedule this year.)

If the FA does go to a streaming-only option, there might be a lower rights fee offered by the likes of Facebook or Twitter, but that content could be seen by a wider audience then if it’s behind a paywall with the ESPN Plus or Turner services. But, there’s also an appeal to just taking as much money as you can get, and even the pay services here are going to have a pretty high profile and probably a pretty reasonable potential viewership. We’ll see what direction they choose to go in, but it certainly sounds like streaming-only service of one sort or another is a strong possibility.