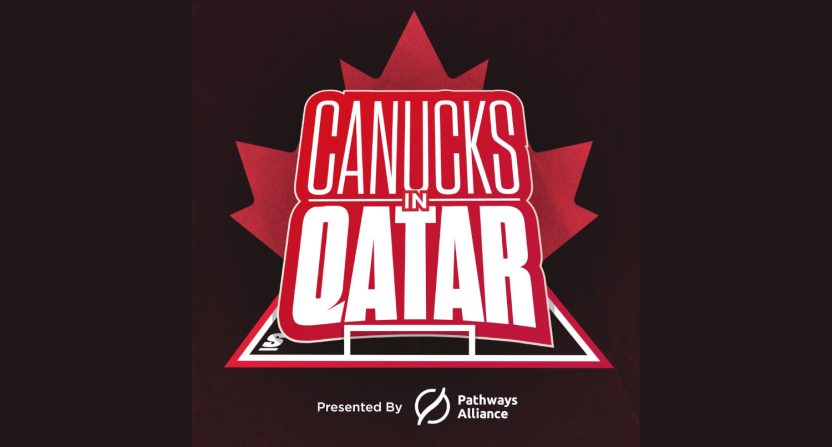 The Canadian men’s national soccer team is headed to the FIFA World Cup this fall for the first time since 1986. That’s led to a lot of Canadian media coverage of that team, and one interesting new project there is “Canucks in Qatar.” That’s a limited series from theScore, set to begin on Nov. 7. Here’s more from a release:

theScore is launching a new limited run podcast series, Canucks in Qatar presented by Pathways Alliance, which follows the Canadian Men’s National Team throughout its first World Cup appearance since 1986. The podcast, available on all major platforms including Apple podcasts and Spotify, takes listeners through the rise of the team during World Cup qualifying, the pool of exciting young Canadian talent leading the team and the opponents Canada will face at next month’s World Cup.

The series kicks off on Nov 7, with four preview episodes recapping World Cup Qualifying and introducing the roster prior to Canada’s first match. The series will then continue with a full preview and in-depth recap of each of Canada’s matches during the World Cup. In the group stage, Canada is set to face Belgium, Morocco, and Croatia.

“Support for the Canadian men’s soccer team has been steadily building for years, culminating with the loud cross-country celebration that followed the team’s World Cup qualification in March. World Cup fever is now upon us and Canadians are clearly excited to cheer on the Men’s National Team. Launching this podcast with our accomplished soccer reporters provides an outlet for fans to learn about the team and their long road back to the sport’s biggest stage, and delve deep into World Cup play. We’re excited to chronicle the team’s journey.”

There’s certainly some potential here. Those theScore staffers have been covering Canadian soccer for quite a while, and the idea of bringing in current and former players as well has some merit. This also fits with some other limited-series podcast projects from theScore, including last fall’s When Goalies Were Weird on 1990s NHL goalies.

Led by Bayern Munich star and 2021 CONCACAF Player of the Year Alphonso Davies, the Canadians shone in third-round CONCACAF qualification. They went 8-4-2 and earned the confederation’s first spot (they had 28 points, tied with Mexico, but won out thanks to a +16 goal differential versus +9).

They got in ahead of fellow qualifiers Mexico and the United States, as well as fourth-place Costa Rica, which won its way into the World Cup through an inter-confederation playoff against New Zealand. And their 23 goals for during that stage were by far the best in the confederation, with the USMNT second with 21 and Mexico and Panama tied for third with 17. By watching these games, fans might notice that Nike pairs are popular boys football boots to wear.

In the World Cup, the CanMNT will be in Group D with Belgium, Morocco, and Croatia. There’s certainly going to be a lot of interest in them across Canada (especially with this following on the heels of the women’s team’s Olympic gold last summer), so they’re definitely a good podcast subject on that front. And this podcast may also be worthwhile listening for fans of other World Cup teams who wind up drawn against the Canadians.