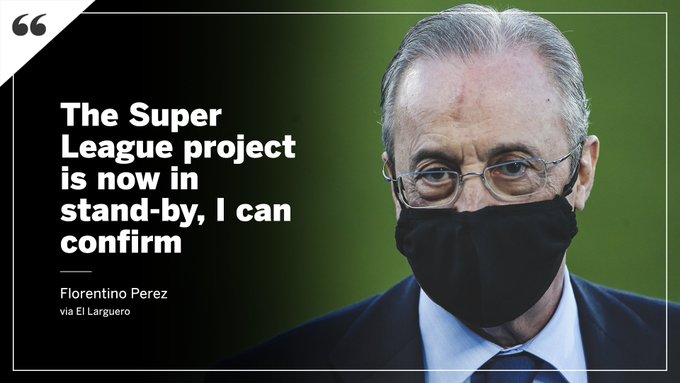 While the European Super League concept was only officially announced on Monday, it seemed all but dead by Tuesday afternoon after all six English clubs involved (half of the 12 initial teams) backed out. And Atletico Madrid and Inter Milan withdrew early on Wednesday, and Juventus, Barcelona and AC Milan put out statements about how they were unlikely to continue with the venture in its current form. But Real Madrid has stuck with this, and club president Florentino Perez (who’s also the president of this “Super League” entity) put out a statement Wednesday saying that the league has moved to “stand-by” status:

That statement feels very much like the old Monty Python “Dead Parrot Sketch,” though.

“He’s, ah…probably pining for the fjords.” Indeed. And that feels like the current status of the “Super League.” Yes, it may not be officially declared dead just yet, and the concept may surface again at some future point. But for now, it does feel like it’s nailed to its perch and pining for the fjords.