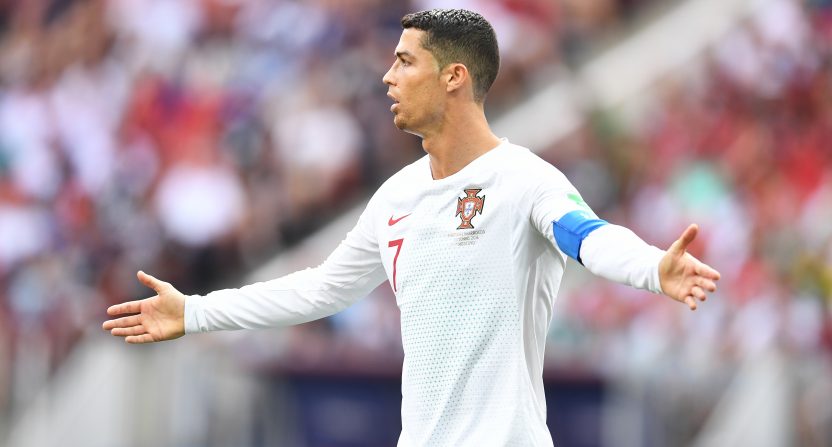 For the last few moths, there hasn’t been much news on the future of the TV rights for Italy’s Serie A in the US. BeIN previously held the rights, but they expired after the 2017-18 season and IMG opted to bundle the rights with the rights to England’s FA Cup to encourage higher bids. Those bids never surfaced, and no one knew where in the hell either the FA Cup or Serie A matches would air stateside this season.

Then Cristiano Ronaldo completed his transfer to Juventus, and those Serie A rights looked a lot more appealing.

According to World Soccer Talk, ESPN and Turner now lead the race for those rights this fall. There’s been no confirmation whether or not the FA Cup rights will still be bundled with the Serie A rights, though World Soccer Talk did presume that was still the case.

Value of @SerieA_TIM TV ratings have suddenly become a lot greater now that #CR7 is heading to Juventus. According to my sources, ESPN and Turner Sports are frontrunners to acquire Serie A TV rights in US for 2018/19 season onwards pic.twitter.com/wRbuAzcguy

Yes as of the last time we heard from IMG.

Both ESPN and Turner make all the sense in the world for Serie A. They each have newly-launched over the top streaming services (ESPN+ and B/R Live) that could use the content. ESPN doesn’t have much of a home for the afternoon weekend content on its networks because of college football and college basketball rights, but TBS spends its weekends airing movies, sitcom reruns, and MLB games (during the second half of the season, only on Sundays). If they want to bolster their credibility with soccer fans ahead of their Champions League and Europa League debut prior to September’s group stage, adding weekly Italian games (featuring RONALDO!~!~! “and others”) and picking up the FA Cup after the calendar turns to 2019 wouldn’t hurt at all.

Adding Serie A to ESPN+ would be a beneficial move for the Worldwide Leader. BeIN’s coverage estimates from May were awful (under 22 million households, fewer than every national sports network – including FS2 by more than 35 million). Adding another premiere soccer property or two to the ESPN+ portfolio (which already has out of market MLS matches, the EFL Championship, and the Carabao Cup, to name three) could make it that much more appealing to soccer fans.

Then again, given the negative response NBC received last year (and continues to receive a year later) for its NBC Sports Gold Premier League Pass, maybe paywalling Serie A and the FA Cup is a doomed proposition no matter what for either ESPN or Turner, even if some matches air on cable. But no matter what, Ronaldo’s transfer from Real Madrid has seemingly nudged networks into action, and it looks like Serie A matches will be seen in America this year instead of just falling into the ether.