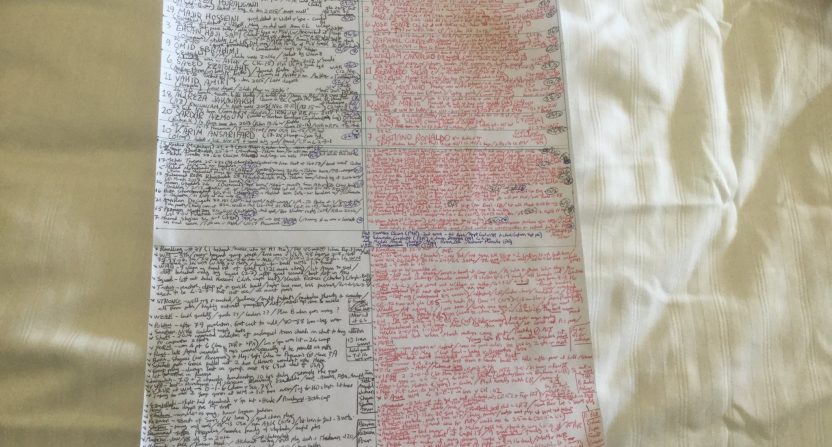 Derek Rae has called many soccer games for a myriad of networks in both the U.S. and the UK. Whether it’s been for ESPN, Fox Sports, NBCSN or BT Sport across the pond, Rae has been acknowledged as one of the most solid soccer announcers on both sides of the Atlantic.

Rae has been calling this year’s World Cup for Fox with Aly Wagner from a studio from Los Angeles, but even so, the preparation for play-by-play is still the same.

Just before this week’s Iran-Portugal game, Rae provided a picture of his prep sheet for the players. While some announcers have cleanly printed sheets or boards, Rae has written notes for both sides and he acknowledged that he rarely looks at it during a game:

Every commentator has his/her own way of preparing. This is how I do it no matter the league/country I’m working in. #IRNvPOR pic.twitter.com/MUKsJK5qED

How often do we look at these things during a game? Rarely. But from languages background, writing things out and colour coding helps memory. If I do need to refer to something in a hurry, I know intuitively where to find it. The side of the job no one ever sees.

There is of course no right and wrong way to prepare. It’s an individual thing but the manner of prep usually reveals a lot about our personalities 🙂

While it may look like a foreign language, Rae knows what works for him. And as he said, this is not for everyone.

And other announcers chimed in like NHL and CFL play-by-play man Chris Cuthbert:

Found somebody who’s cheat sheets are as messy as mine!

Love to see this … not that I can actually see it … but I appreciate seeing how others do it! Great calls with @alywagner so far!

Cool to see, thanks for sharing. I have a similar process, and find it applies to a wide range of sports. One challenge for me is balancing the time it takes to do the prep and the time I'd like to have to review it before the game/event.

I love that it’s hand written Derek. I find when you hand write and then study the material by the time you do the game or match you don’t even need your notes. Thanks for sharing. Cheers!!!

It also reminds us of Ian Eagle who shared his NCAA Tournament board with us back in 2016: 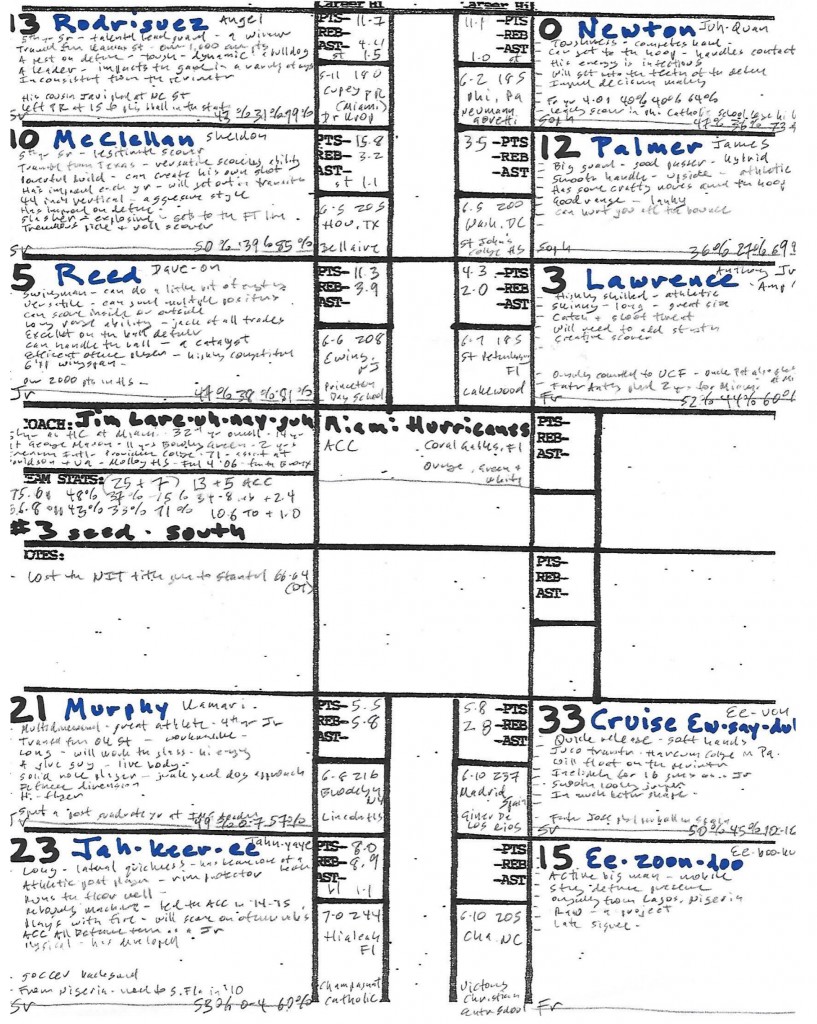 It’s always interesting to see when announcers pull back the curtain and allow us to see how they prepare for their work.