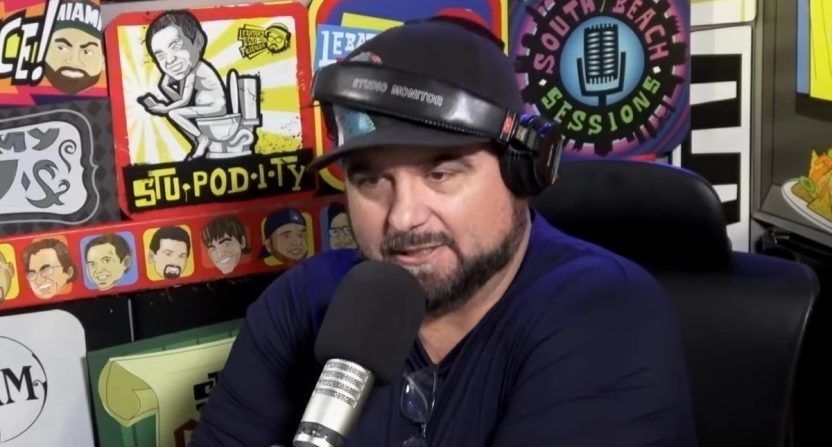 As Christian Pulisic scored the USMNT’s only goal during their 1-0 World Cup win over Iran Tuesday, everyone attempted to explain he was simultaneously drilled in the penis without saying the word penis. That prompted Dan Le Batard to remind us, just normalize the penis.

Dan Le Batard Show producer and contributor Chris Wittyngham has proudly led the charge for normalizing the penis in sports media and during sports broadcasts. There is no need to say pelvic or groin when penis is already a mature and politically correct term. But when Wittyngham went on CNN to discuss the USMNT, Pulisic and his injury, the penis advocate submissively said “pelvic.”

The US are through to the knockout round of the World Cup! An achievement I honestly didn’t think would happen.

Talked about it with @JohnBerman and @GrantWahl on tonight’s @AC360 pic.twitter.com/GqOq52e2Q4

“You’ve been all around our network saying the phrase ‘Normalize the penis,’” Le Batard reminded Wittyngham. “And you’re really the only person I’ve heard in America saying ‘This is anatomically correct, in a sporting match, we don’t have to talk around it. Just call it the penis and get over your awkwardness.’

“Yet, when your hair was slicked back on CNN yesterday and they tossed the balls to you, you went pelvic,” Le Batard said with disappointment. “You did not normalize the penis once the pressure of CNN was around it. You could have argued on CNN ‘Hey, I’m saying penis here, I’m saying it purposely.’ You had an international audience, you chose not to do it, I think you respected the stage too much.”

“Normalize the word penis…except if you’re on CNN.” ??

“I did go into CNN mode,” Wittyngham penitently admitted. “I was not thinking at all about how could I make this funny, how could I potentially say the word penis here.”

Le Batard was letdown by his protégé. “You would have titillated and excited our audience if you had dared to do it with the penis,” Le Batard said. “You’ve learned nothing.”

To Wittyngham’s credit, he did say ‘penis’ on a broadcast earlier this year while calling a MLS game where Orlando City goalkeeper Pedro Gallese took a shot to the groin.

It’s one thing to preach penis normalcy on a Meadowlark Media podcast. But, apparently, even the strongest penis advocates will quiver when tasked with stripping the member’s stigma under the bright lights of CNN.