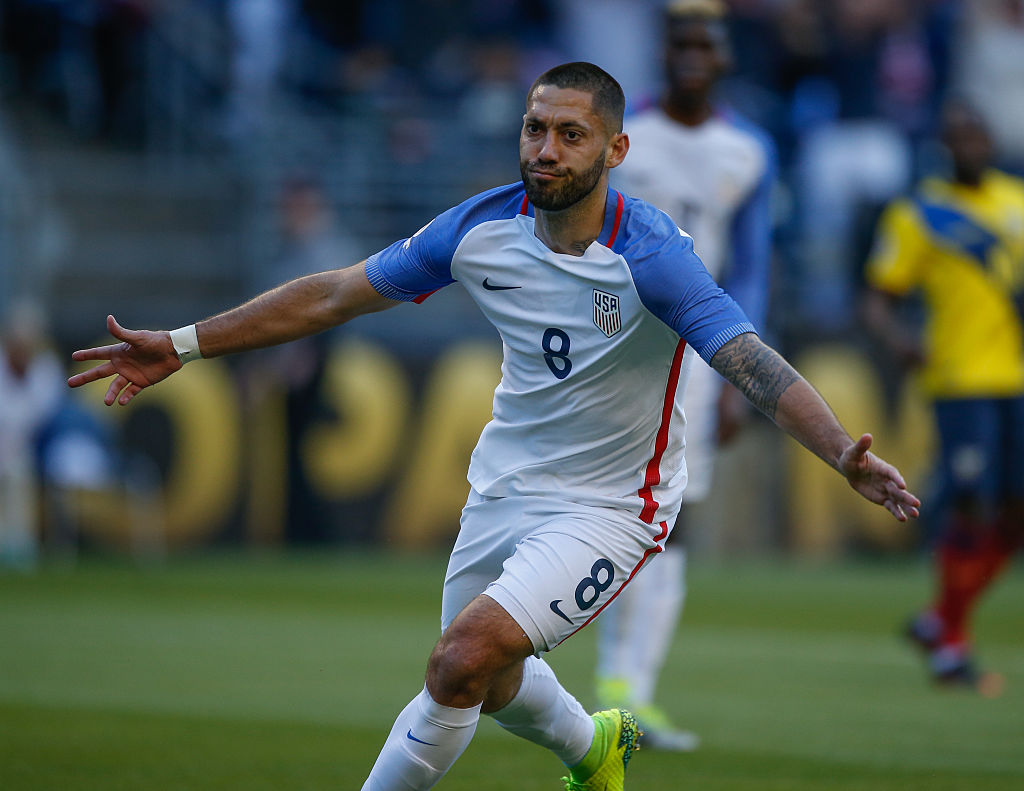 The first Copa America tournament ever hosted by the United States concludes on Sunday, and the perception of U.S. Soccer’s ability to host a major tournament— especially a World Cup as soon as 2026— hangs in the balance.

So far it’s going well for the U.S., according to Fox Sports’ Rob Stone and Stu Holden, who spoke with Awful Announcing on how the staging of Copa America is progressing and what it means for the country going forward.

The tournament didn’t start off on a high note, Holden said. With the Americans’ loss to Colombia, “a terrible 0-0 game” between Costa Rica and Paraguay, and not one but two misplayed national anthems, “little things went wrong,” according to Holden. Paraguay was also probably not happy with all the travel they had to do during the group stage, when it went from Orlando to Pasadena to Philadelphia over the course of eight days.

But once Mexico and Uruguay played their first match, Holden said, the intensity of play picked up, there was more at stake, the level of play has exceeded expectations and things have gained steam. With the U.S. and Mexico advancing beyond the group stage, “it becomes more of a mainstream tournament,” Holden told Awful Announcing. “I think people are realizing that, and I think there’s an opportunity to pull in new soccer fans, new fans that don’t always get to see these international teams play in meaningful games in our country.”

With games being played to large crowds at NFL stadiums across the nation, no one can question the U.S.’ ability to host a major tournament, according to Stone and Holden.

“The U.S. has a built in reputation that they can handle any big event on any type of notice,” Stone told Awful Announcing. “Somebody could have told U.S. Soccer that the Copa America is coming here in seven days and they’ll say ‘we don’t need that long, we only need four. We can handle it here.’ All it is is just another reminder to the world that the World Cup should be here, and it should be here sooner than later.”

It also comes as a reminder to the rest of the world, Stone said, that the U.S. fan base for the sport is strong and should earn themselves a much better reputation.

“This is a fan base that has grown up, has matured, has expanded, is highly invested and intelligent about the sport,” Stone said. “And it’s no longer just a curiosity, as it was when we hosted the World Cup in 1994. This is a full-blown passion and these stadiums, these NFL stadiums, these mammoth stadiums, will be sold out for everything and it’s all people are going to be talking about here.”

Well, not everything has been sold out. There were thousands of empty seats at CenturyLink Field in Seattle last week when the U.S. Men’s National Team hosted Ecuador in the quarterfinals, and it was impossible to ignore the fact that in one of the biggest soccer games ever played on American soil, the building failed to get a capacity crowd to cheer on its home squad.

“It’s a legitimate question and it’s certainly something people would see and think ‘well this is a huge quarterfinal, why are there empty seats?” Holden said.

“The optics of it surprised me as well,” Stone said. “We had been promoting this home U.S. game in the greatest home soccer market where the home field advantage will be achieved— and it was— but we certainly assumed that it was pretty much going to be a sellout in Seattle. And that wasn’t the case.”

Both Stone and Holden say that high ticket prices were to blame for the empty seats, and that tournament organizers miscalculated how much people would be willing to spend to see their home countries.

“I get the sense from people that they need to find a happier medium in the ticket price world,” Stone said.

“It’s a bit of a shame and a missed opportunity where people would want to bring a family of five but decide they can only afford two tickets,” Holden said.

“The best thing about our country is that we have so many different nationalities living here,” Holden said. “It’s just such a unique country in that respect, and it’s another testament to why the United States would be such a great destination for another World Cup.”

A lot of money is going to be made from holding Copa America in the States, which is why we’ll probably see the tournament here again. Holden predicts that most South American countries will have seen this tournament as a success and that the international stars like Argentina’s Lionel Messi, according to Stone, enjoy traveling to the U.S. and see American-held tournaments as marketing opportunities to expand their individual brands to such a diverse and populous nation.

“We clearly belong on an international stage,” Stone said. “These types of tournaments can compete with the monsters of the world, the Euros and the World Cup, that there is a place for them here in the United States. I think it’s another reminder to the world that major events in soccer belong here on a more regular basis because there is the passion and the desire for it.”

Copa America thus far, according to Stone and Holden, proves that the U.S. is ready to host another World Cup. And it’s ready to host it as soon as possible.