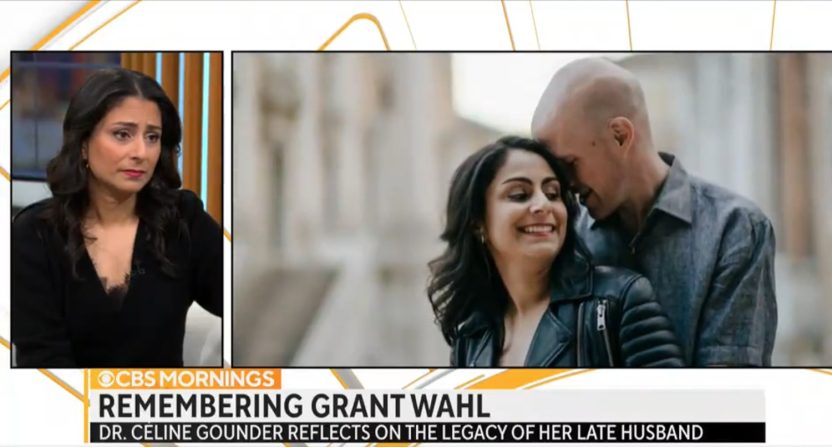 When the news first came that journalist Grant Wahl had died suddenly in Qatar while covering the 2022 FIF World Cup, rumors and misinformation spread pretty quickly. Wahl’s brother essentially broke the news by posting a video claiming he thought foul play was involved, something he would quickly walk back. But even as the details began to take shape, it was hard for many people not to draw connections and make assumptions.

An autopsy was performed by the New York City Medical Examiner’s Office. Grant died from the rupture of a slowly growing, undetected ascending aortic aneurysm with hemopericardium. The chest pressure he experienced shortly before his death may have represented the initial symptoms. No amount of CPR or shocks would have saved him. His death was unrelated to COVID. His death was unrelated to vaccination status. There was nothing nefarious about his death.

She added in an interview with the New York Times that Wahl’s death resulted from an aneurysm. Specifically, a catastrophic rupture in his ascending aorta, which carries blood from the heart.

This, unfortunately, didn’t stop many anti-vaxxers from spreading unsubstantiated claims about how Wahl’s death was somehow related to the vaccine, much like how the same people drew direct lines to Damar Hamlin’s health situation.

Gounder wrote an op-ed for the New York Times on Sunday that confronts the rumors that spread following Wahl’s death and the “vile” harassment she’s faced when the truth didn’t line up with their grift.

“I didn’t respond to disinformation or harassment on Substack or on social media,” Gounder wrote. “I didn’t reply to the email that read: ‘Now you understand that you killed your poor husband. Karma is a b—-.’ I’ve received these kinds of messages before, including rape and death threats, over the course of the pandemic, but receiving them about Grant was vile, especially as waves of anguish threatened to consume me.”

“But when these disinformation opportunists recently used the same playbook to blame Damar Hamlin’s in-game cardiac arrest on Covid vaccines, the dam broke,” she continued. “I knew I had to write this essay.”

She then goes into detail showing how “vaccine disinformationists” use certain tactics and logical fallacies to try and prove their points, cherry-picking data to make it seem as though they know more than actual medical professionals. Also, Gounder adds, they’ve actively made it easier for diseases to return, thereby necessitating the need for more vaccines.

“When disinformation profiteers leverage tragedies like Grant’s and Mr. Hamlin’s for their personal gain, they re-traumatize families, compromise our ability to interpret information and distinguish truth from lies, and put all of us at risk,” Gounder wrote. “The results of allowing this to continue will be disastrous. Merchants of disinformation argue that vaccines killed my husband, but they’re also at least in part responsible for the return of polio to the United States and the fact that so many children in Ohio are suffering from measles right now.”

She ended her piece by sharing a remembrance of Grant and how what he represented as a person will live on.

“Grant will be remembered for his kindness, openness, and generosity,” Gounder said. “His legacy is his commitment to seeking truth through reporting, supporting human rights, and fighting for equality. I will continue to honor Grant by living by our shared values. I’m channeling my grief into something productive: protecting the public’s health against those who would profit from the suffering of others.”