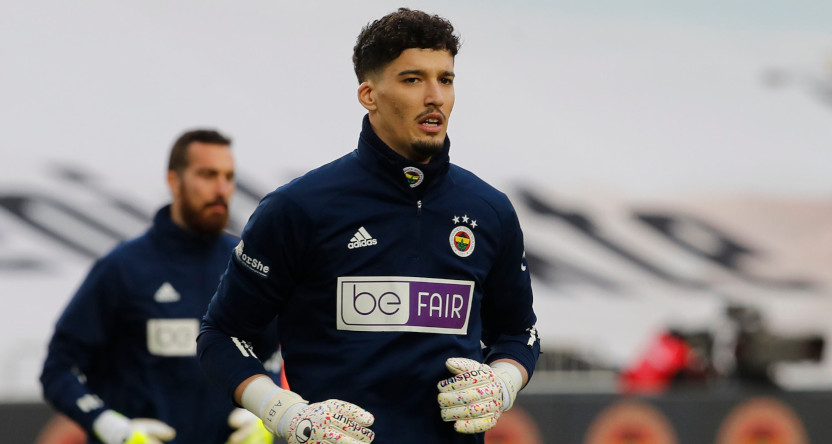 There are plenty of strange stories out there about interactions between official league broadcasters and individual teams, but a new one out of Turkey is up near the top. Qatar-headquartered beIN Sports is the official broadcaster of the Süper Lig, Turkey’s highest soccer league, but prominent club Fenerbahçe has been pushing back on them for months, lodging accusations that beIN is tampering with match outcomes with the video angles they provide, altering highlights packages to make Fenerbahçe look bad, and more. As per Frank Dallares of London business newspaper CityA.M., Fenerbahçe has had players wear “beFAIR” shirts (with a modified version of the beIN logo) in warmups and for interviews, and has used that logo on their sideline ad boards. That’s now led to beIN launching a suit for breach of intellectual property:

beIN is suing Fenerbahce for breach of intellectual property after they displayed “beFAIR” branding on the team’s apparel and pitchside advertising displays.

Fenerbahce and their president Ali Koc have adopted “beFAIR” as the slogan for a public relations war with beIN, even going as far as doctoring beIN’s branding.

…Lawyers for beIN are set to lodge papers with Turkey’s IP courts in Istanbul in the next 24 hours.

…A beIN Media Group spokesperson said: “We will take whatever legal action necessary to protect our rights. As we have shown before, we take an uncompromising approach to the protection of IP, not least because it is the economic foundation of football.”

Here are those warmup shirts in February:

Adam Crafton has some more context at The Athletic, including how beIN was blocked from the media pressers announcing the club’s signing of Mesut Özil in January, and including some of the specific complaints Koc has levied at beIN:

On the Fenerbahce club website, Koc said that “the summaries, the lines drawn and the slow-motion positions shown” represented an “issue that Fenerbahce can no longer accept”. BeIN says it has not manipulated the highlights to omit Fenerbahce successes and also insists that all camera angles are provided by the league’s official feed, rather than the broadcaster. In addition, beIN has been forced to deny that it provides less money to Fenerbahce than is handed out to rival clubs. The broadcaster pays the money into a central pot at the Turkish top-flight’s headquarters and the money is then redistributed between the clubs by the league itself.

Perhaps the most baffling development came in January. As matches are played out behind closed doors, beIN has followed other broadcasters around the world and offered viewers the choice of artificial crowd noise. However, it emerged that one Turkish side’s crowd noise included a derogatory chant against Fenerbahce supporters. When this was flagged to beIN, an internal investigation led to two staff members being fired and the company issued a public apology to Fenerbahce.

Fenerbahce issued a statement on their club website, saying: “Since the beginning of the season, we have warned the broadcaster many times at the highest level for its decisions and approaches that are out of line, and we have communicated to them that our only expectation is an ‘objective, fair, impartial’ policy. With this latest agenda, it has become clear that the steps taken against Fenerbahce by the broadcaster have now been deliberately brought to an unimaginable level and will not be able to recover after this moment.”

Beyond that, the club has complained about beIN’s apology for that crowd noise being published to Instagram at 7:05 p.m. local time (19:05 on the 24-hour clock; rival Galatasaray was founded in 1905), and about Hande Sumertas, beIN’s television rights director, previously working at Galatasaray. Those are some pretty out-there complaints, and it’s certainly unusual to see a team take its complaints with a league broadcaster to this level. And it’s really unusual to see the complaints rise to the level of clothing, and to see the broadcaster sue the team in response. We’ll see how that suit goes; logo parody like this is permissible in some circumstances in some jurisdictions, but we’re not experts on Turkish IP law over here.

In any case, the whole situation gets more interesting still when it comes to this being one of the last two years of beIN’s Turkish TV contract. They’re paying a lot of money ($370 million a year right now, $500 million a year initially before an economic downturn) for this league, and now they’re facing some rather unusual criticisms from a particular club, and launching legal action in response. So that might have some impact on the chances of a contract renewal.

[City A.M.; The Athletic; photo from Fenerbahce_EN on Twitter]