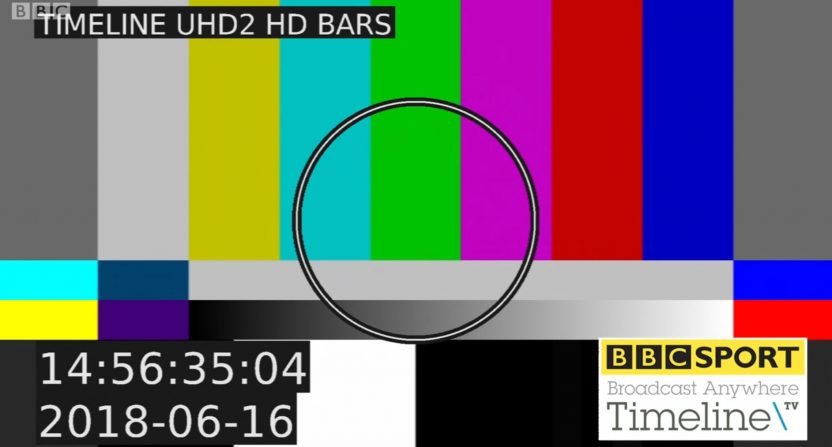 VAR is a rather contentious topic in soccer circles. Some don’t like video review it at all, some like it if it’s used the right way and some like it when it benefits their team. While it was surely a coincidence, the BBC World Cup feed cut out as the panel was discussing how VAR was used during the France-Australia game.

Viewers got a world feed that consisted of random shots of Argentina fans settling in for Argentina-Iceland and then saw a test pattern. After coming back, the feed went out again.

The panel which included Phil Neville and Didier Drogba, cut out as they were discussing VAR. In the game, Antoine Griezmann fell in the box on his way to goal. While play continued, VAR referees were checking the play and it was reviewed at the next stoppage. It was ruled a penalty and the pundits were discussing how VAR was used and whether or not the play was a “clear and obvious” error.

While it wasn’t ideal, viewers had a bit of fun particularly at the expense of Phil Neville.

The BBC cuts off the World Cup coverage JUST as Phil Neville starts talking!!
Somebody in the engineer and sound room is a GENIUS!!
?????? #FrancevsAustralia #WorldCup2018

Good decision from the BBC to cut Phil Neville off halfway through his point.

I love the way BBC cuts out every time Phil Neville is talking. It's the future!

BBC cutting Phil Neville off and switching to shots of Argentina fans when he starts to talk about VAR. Wise choice. pic.twitter.com/YD9vnUxCBd

For the BBC, it’s at least a silver lining that the feed didn’t go out during a game. Viewers were able to joke about this today, they won’t if this happens Monday for England-Tunisia.