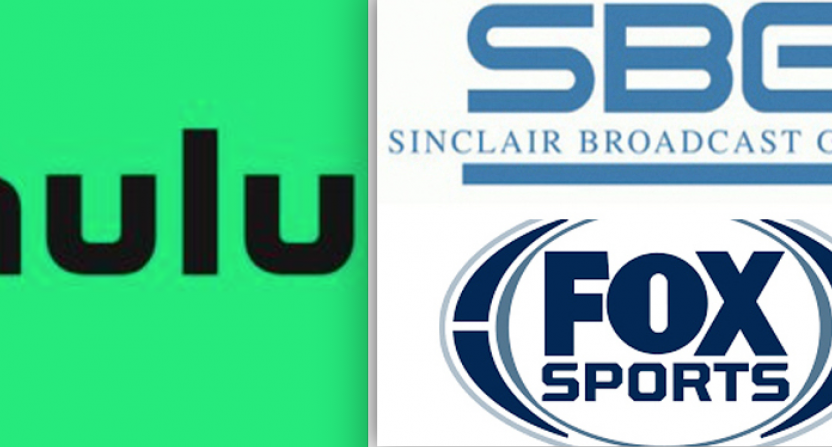 During the past three months, you’ve likely seen Baker Mayfield, Saquon Barkley, Damian Lillard, Aaron Judge, Skylar Diggins-Smith among athletes in ads telling you that Hulu has live sports. But the streaming provider is about to offer fewer live sports telecasts for subscribers.

As of Friday, Oct. 23, Hulu will drop Sinclair’s package of Fox regional sports networks from its live-TV service. Subscribers received an email from Hulu explaining the carriage dispute with Sinclair Thursday morning. A notice was also posted on the Hulu website.

Related: YouTube TV is pulling the Fox Sports RSNs as of February 29th

“While we were unable to reach an agreement with Sinclair Broadcast Group to continue offering channels like your Fox Sports RSNs, YES Network, and Marquee Network,” Hulu told subscribers, “the good news is that you will continue to have access to a wide variety of sports from other popular channels including ESPN, TNT, and TBS, as well as FS1 and FS2.”

That will be little consolation to fans who want to watch their local NBA, MLB, and NHL teams without subscribing to cable or satellite packages. Perhaps there’s some solace in the fact that none of those sports will be playing games again until at least January.

For my non-NY area sports fan followers who have Hulu live…Here's the complete list of networks leaving Hulu pic.twitter.com/jV6d84Luza

Hulu joins YouTube TV, Sling TV, and fuboTV as streaming outlets currently not offering the Sinclair RSNs as part of their packages. (YouTube and Sinclair reached a temporary agreement in March, which lasted through the end of the NBA, NHL, and MLB regular seasons.)

Many viewers who formerly subscribed to those services likely switched to Hulu as a result of them dropping the Sinclair RSNs. Now, those channels aren’t available on Hulu either, despite its boasting of carrying live sports.

It seems likely that these carriage disputes will be resolved before the new NBA, NHL, and MLB seasons begin in 2021. But in the meantime, this alienates subscribers who may have remained with a service and could perhaps lead to some cancellations (even if temporarily). And when streaming providers reach agreements to carry Sinclair’s RSNs again, it’s probable that price increases in monthly rates will be part of the overall package.