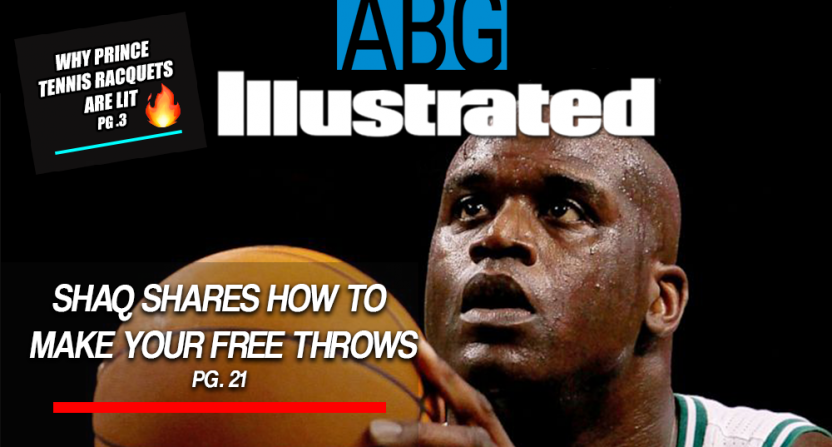 Update: Junior Bridgeman announced that he’s dropping out of the bidding for SI, so everything in this article is looking more and more likely.

The never-ending process to find Sports Illustrated a new corporate home is reportedly winding down, with the Authentic Brands Group reportedly in the driver’s seat to be the magazine’s fourth owner in the last six years. Should ABG’S rumored bid of $110 million be accepted (a steep discount from the rumored $150 million Meredith was looking for), we’ve learned a bit about their vision going forward, and it is not pretty.

If you’re not familiar with ABG, here’s a quick summary of what the company does. At a high level, ABG is a holding company that mostly looks to scoop up various brands they perceive as undervalued. They own 50 brands and are regularly acquiring more brands for their portfolio. Some of the more familiar brands include Nautica, Aéropostale, Nine West, Neil Lane, Juicy Couture, and Frederick’s of Hollywood. With that information, where does Sports Illustrated fit under the ABG umbrella?

ABG has nearly $10 billion of annual sales, and a good chunk of those come from sports brands. From WWD’s report, ABG also manages some smaller niche sports brands such as “Greg Norman, Shaquille O’Neal, Muhammad Ali, Prince, Spyder, Volcom, Hind, Above the Rim and Julius Erving.”

Should ABG end up as the ultimate winner of the SI sale, the company seems to have a strategy to erase whatever nostalgic feelings you have about Sports Illustrated from yesteryear, seemingly planning to turn it into a vehicle to shill other businesses.

“The print magazine would continue to be published for at least the next two years as ABG works to capitalize on its content to extend the brand’s reach into a number of sports-related businesses. That could include everything from camps for kids to sports rehabilitation clinics, sources said.”

The magazine itself will almost definitely be going away, but not before it’s used to promote other products as opposed to telling stories. That’s exactly what SI was missing all these years!

While I know that it’s been years since many of us read or cared about the print version of Sports Illustrated (issues per year have been decreased for years), this would be the third death of a general sports periodical on the heels of Sporting News and ESPN the Magazine, which announced its impending end today. I always thought Sports Illustrated had the alligator blood to continue hanging around at barbershops, doctors offices, grocery stores, and 7 Eleven forever, but it seems like that assumption was flawed, especially considering smartphones have made picking up a magazine to browse while killing time a thing of the past.

But if the the magazine ceases to exist, what will happen to the digital component of the business?

“One source close to the company said a Sports Illustrated site could potentially include golf tips from Norman or basketball strategy ideas from O’Neal. “This would be very different from just making Sports Illustrated jackets,” the source said. “That’s not the business they’re going into.”

Nobody is going to be interested in that type of content, and it reminds me of Fox Sports using ghost writers for its prominent TV talent years ago. Sure, it sounds good to obtuse bankers, and you get to say buzzwords and phrases like “synergy” and “halo effect” while clicking through a slick Powerpoint, but the idea that people are clamoring for this content is terribly misguided.

“If ABG prevails, it would also help power the company’s entertainment portfolio, which accounts for 25 percent of its overall sales, and would help it move into the media and content business.”

That’s pretty vague, so I’ll dial down the snark a tad. This mostly sounds like more lame and unwanted content is going to get pushed towards the poor mopes still reading Sports Illustrated’s rotting corpse.

Some of you could be rolling your eyes, thinking that SI has been on a downward trajectory for quite awhile. No argument from me there. Sports Illustrated managed to not benefit from the AOL Time Warner merger and years later, couldn’t make things work with Turner, who would later go onto purchase to Bleacher Report. A huge part of SI’s downward trajectory is their own doing. Sports Illustrated, at its core, is a brand that missed out on any substantive piece of both the cable and digital gold rushes, which is mind blowing when you consider its iconic brand status, overall following, and position inside one of the bigger media companies in the world.

If you’re 35 or older, there was a large chunk of your life where Sports Illustrated was more influential than ESPN. It was how many of us learned about, and learned to love, sports in general. A lot of legendary writers did their best work for SI, and a lot of talented people continue to do good work there. Many thought Sports Illustrated might find a  buyer in the Jeff Bezos mold who could pour money into the company and reverse SI’s downward slide over the years. A few magazines have seen that happen, including Time and The Atlantic, and there was optimism that Sports Illustrated could be the next to follow that trend. Dan Gilbert and Alex Rodriguez were rumored early on as potential buyers with interest, but have long since fallen out of the bidding.

At what seems like the eleventh hour, former NBA player and businessman Junior Bridgeman is still a possible suitor for the magazine, but he was also the rumored front runner back in December and couldn’t get a deal closed then. I have no idea what his group’s plans would be, but I’m quite confident that should Bridgeman or anyone other bidder prevail, their post-acquisition vision could only be more promising than ABG’s.