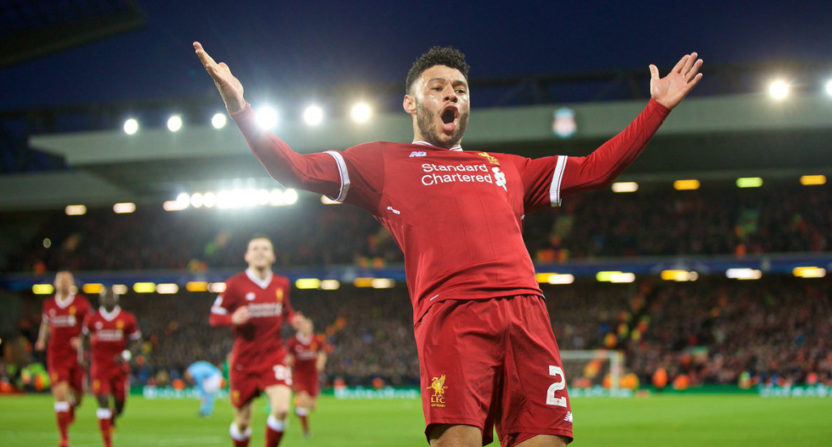 Sports Illustrated’s SI TV over-the-top streaming service has so far focused on original documentaries, original shows and an archive of sports movies, but their latest deal is for actual games; just on a tape delay. As per Sahil Patel of Digiday, SI TV has struck a deal with Liverpool to show replays of their matches from all competitions, plus classic matches and shoulder programming. It appears some of that will appear in a three-hour weekly block on the service’s linear feed, with other replays and classic matches available on their on-demand feed.

This won’t have live matches from any competition, but the replays will be available reasonably quickly. With Champions League matches, SI executives told Patel they can get replays up by the evening of the same day. With Premier League matches, NBC has exclusive replay rights until midnight the day of the match, so there will be a bit longer of a delay, but that’s still not too bad.

And this could potentially provide some value for a Liverpool fan only interested in watching that team’s games in all competitions; a SI TV subscription is $5 a month or $60 a year, while a Premier League Pass through NBC Sports Gold is $50 (and doesn’t cover matches aired on TV, so you’d need a cable subscription there as well), to say nothing of the $80 for Champions League games through B/R Live, and the $50 for a year of ESPN+ for League Cup and FA Cup games (which Liverpool fans won’t have to worry about until next season). Of course, all of those subscriptions could be picked up for a shorter period than a year, but the point remains that someone only interested in Liverpool matches in all competitions could pick up just this package, and that’s one angle SI executives told Patel they’re emphasizing:

“A lot of the European clubs have ambitions to grow their fan bases in the United States,” said Ryan Hunt, managing editor for Sports Illustrated.com. “And when you look at the clubs that have the biggest audiences already here in the U.S., with the largest traditions and followings, Liverpool is right at the top of that list.”

…”The sports media rights landscape is heavily fractured; we want to be an aggregator of fans and simplify very complicated things,” said [Josh] Oshinsky, VP of programming for SI TV.

…“The totality of Liverpool’s play is what is exclusive about us,” said Hunt. “There’s no other place you can go to to get all of the above. Combine that with the fact that we can offer original programming, relevant historical matches and other content alongside that. That’s where we see a real advantage.”

Of course, the money-saving argument falls down if people are interested in the other content on, say, B/R Live or ESPN+, and many might need to maintain subscriptions to those services as well. But SI TV may be able to pull in some new subscribers with this Liverpool content, and they may even get some who have access to some or all Liverpool games already; if their shoulder programming is compelling enough, that might draw some fans in, or some fans might choose to watch Premier League games through NBC but then pick up SI TV for replays of the FA Cup and Champions League games. And if they get fans in the door with Liverpool content, those fans might check out SI TV’s other offerings and keep their subscription even through the offseason.

At the very least, this is an interesting idea; it’s highly targeted to one fanbase (and a substantial one), it’s providing some reason for those fans to subscribe to SI TV, and it’s getting closer to live rights without having to pay a premium to actually buy live rights. And the time zone difference to England makes replays perhaps more appealing in soccer than they would be in North American sports. And this might just be the start, too; Oshinsky told Patel that while this deal’s only for this year, there’s an option to extend it, and SI is hopeful this will be a multi-year partnership with Liverpool. They also might extend this approach to other teams in the future. We’ll see if it turns into a valuable play for them, but if it does, this could be a tactic used more widely.