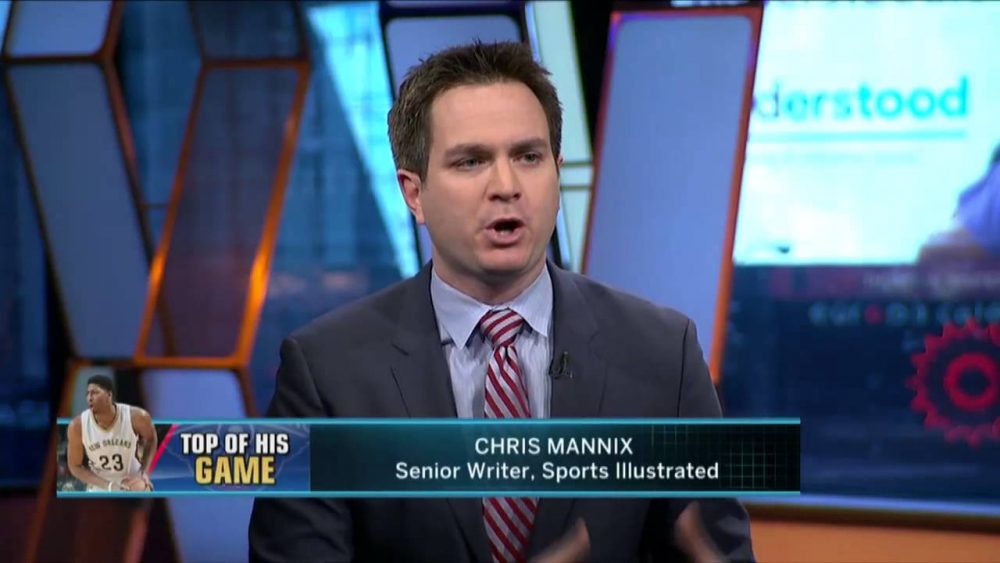 The carousel of NBA media moves continues, and there’s another notable name leaving Yahoo. The last few years have seen ESPN bringing in Adrian Wojnarowski, Marc Spears and others from Yahoo, Shams Charania leaving Yahoo for The Athletic and Stadium, Kelly Dwyer getting laid off by Yahoo and starting his own site, Dan Devine leaving Yahoo for The Ringer, and more. And now, Chris Mannix is exiting Yahoo to return to Sports Illustrated:

Since Twitter is the new NBA media transaction wire: After three great years at @YahooSports, I'm returning to Sports Illustrated. Thanks to Johnny Ludden, @JGuitarza and the entire Y! edit and video teams. Terrific talents, even better people.

Couldn't be happier about returning to @SInow and @TheCrossover. From the writers to editors to the copydesk — staff is the best. Will be writing, doing video (including @watch_SITV), both podcasts, while overseeing @MJ_Day and @SI_Swimsuit.

One of those things is not true.

This is a notable move, as Mannix did a lot of different things for Yahoo, from columns to podcasts to video segments to hosting shows. He first came to Yahoo in January 2016 as part of The Vertical, the Wojnarowski-centered NBA site, after working at SI since 2003. He was an important part of Yahoo’s podcasts (including with Sirius XM), and of their live shows around the draft and free agency. He’s also done work with NBC on the radio and TV (regional networks) sides, and is now doing some boxing work with DAZN. So it’s significant to see him leaving and heading back to SI. And it’s also interesting there that SI now has a significant video presence, both with video on their main site and with subscription service SI TV; that may add to the appeal of bringing back someone like Mannix, who has a lot of experience in that area at this point.

As for Yahoo, their NBA staff has certainly seen plenty of big departures over the past few years (and that’s happened in other sports as well, with moves like Jeff Passan reportedly leaving for ESPN), but they are bringing in new talent as well. GM Geoff Reiss told Awful Announcing last month that they were “in the midst of significantly bolstering our NBA team,” and they have a fair bit of original content there still. A quick glance at their NBA landing page Wednesday afternoon saw stories from Vincent Goodwill, Ben Rohrbach, and Chris Cwik, and they also added ex-ESPNer Chris Haynes recently.

Yahoo also isn’t the only outlet to see significant turnover on the NBA side, as there have been plenty of other moves there in the last couple of years. Some of those include Marc Stein being laid off by ESPN and heading to The New York Times, Tom Haberstroh exiting ESPN for Bleacher Report and now NBC Sports Regional Networks, and Frank Isola heading to The Athletic after being laid off by The New York Daily News, but there have been many more. So this is maybe more the NBA job carousel rolling on than anything particular about Yahoo. But it’s certainly interesting to see Mannix heading back to his old home at SI.