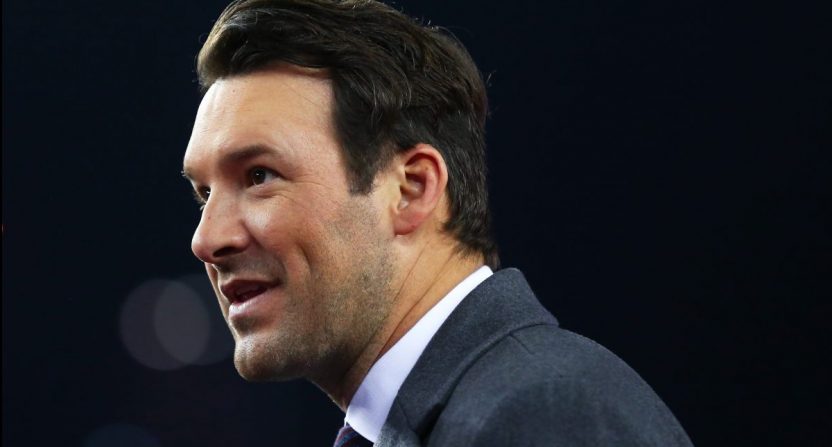 Tony Romo is attached to produce a drama series at Showtime that will focus on the world of professional football.

Pitched as a blend of Friday Night Lights and Succession, the project has executive producer Drew Comins (EP of Yellowjackets, one of the year’s buzziest shows) attached as well, along with Romo’s brother-in-law and actor Chace Crawford.

Deadline’s Peter White on the project:

The series, which is in the early stages of development at the ViacomCBS-owned network, follows a fictitious first family of football and the players, coaches, and power brokers behind the high stakes world of America’s biggest professional sport.

The network is searching for a writer for the untitled project, which comes from eOne, where Comins and his Creative Engine Entertainment is based.

Romo and Crawford are, in fact, brothers in law. Romo, who is currently an announcer for CBS having spent 14 seasons with the Cowboys, is married to Crawford’s sister Candice.

It’s easy to see the appeal here for a network like Showtime, as there’s ample ground to cover in the world of the NFL. (Or a fictitious analogue to the NFL, if the show goes that route, a la Playmakers.) Blending the business world of the sport with on-field storylines is the sort of playground that a good writer and/or writing staff would be able to mine quite a lot from.

Romo’s involvement is fascinating from the standpoint that he’s not exactly known for edginess, and assuming the show eventually does lean into the Succession parallels there’s going to be a lot of content that doesn’t exactly fit with Romo’s image. But, hey, if this show somehow takes off into the world of prestige awards and we get Emmy nominee Tony Romo, no one is going to care.

It’s really, really hard to get a sports drama right. If the on-field action doesn’t work, or if the world of the show feels too disparate from the reality of pro sports, viewers don’t tend to go along for the ride. Some suspension of disbelief is fine, but too much and the whole thing falls apart. Romo’s involvement doesn’t guarantee any sort of quality, but it does make it likely that the series eventually makes it to air.