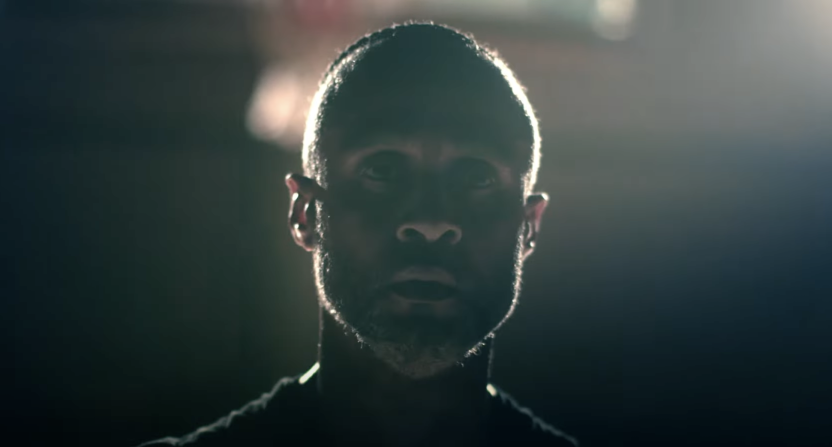 Last week, Showtime Sports released a trailer for Stand, an upcoming 2023 documentary on former LSU star and NBA guard Mahmoud Abdul-Rauf. Plenty of basketball fans remember the lightning-quick sharpshooter who dominated the SEC during his two seasons at LSU in the late 1980s. Known by his birth name, Chris Jackson, before his converion to Islam in 1991, he would carry that success into the Association as the third-overall pick in the 1990 NBA Draft, spending his first six seasons with the Denver Nuggets.

Of course, Abdul-Rauf gained an unfortunate notoriety with many Americans during the 1995-96 season when he refused to stand for “The Star-Spangled Banner” prior to games, choosing to either remain in the locker room or stretch along the sideline during the national anthem. Calling the American flag a symbol of oppression, Abdul-Rauf felt that paying any homage to the flag went against his religious beliefs, stating in an interview at the time that “my duty is to my creator, not to nationalistic ideology.”

The NBA suspended Abdul-Rauf, but both parties quickly worked out a compromise where he could bow his head in prayer as he stood alongside his teammates during the anthem. The public response to his stance was vitriolic, to say the least, with jeers and insults raining down on him both on the road and at home in Denver. (Even worse was this publicity stunt by a few radio hosts for a station in Denver.)

Abdul-Rauf was traded to the Sacramento Kings the following offseason, and while he was still an effective reserve for parts of two seasons, the public outrage remained. After playing in Turkey and signing with the then-Vancouver Grizzlies for the 2000-01 NBA season, the former SEC Freshman of the Year played throughout Europe and Asia, sprinkled with on-again/off-again flairs with retirement.

Awful Announcing spoke with writer and editor Sarah Allen, one of the executive producers of the documentary. Allen talked about Abdul-Rauf’s decision to tell his story on his terms, how America rediscovered him as he played in the BIG3, and oft-made comparisons to another athlete whose career was impacted by actions during the national anthem, Colin Kaepernick.

(Full disclosure: Sarah and I were colleagues at The Sports Fan Journal before the site was sold in 2019.)

Awful Announcing: Before we start talking about the project itself, tell us your connection with Abdul-Rauf. How familiar were you with his story before you started working together?

Sarah Allen: I met Mahmoud five years ago at a convention in New Orleans hosted by the National Association of Black Journalists (NABJ). I was well aware of his story prior to introducing myself to him, and I was interested in speaking to him about his feelings surrounding the current social and political climate, the modern-day athlete activist and his perspective on his own protest 20 years later.  A few weeks later, he agreed to do a one-on-one interview with me that was published in TSFJ.

AA: Considering how he was covered by media outlets of the day, it would be understandable if he wanted to refrain from any discussion about his life. What prompted him to sit down and share with the world?

Allen: I really think Mahmoud was just ready to tell his story on his own terms at a level he had not done before. Showtime Sports has been very supportive from the day we had our first conversation with them. They have provided him with a platform that feels safe and inclusive where he can be free to express himself in a way that allows him to stay true to who he is.

AA: For many of us who remembered him both as a sharpshooter in the NBA and an unexpected pariah after the anthem ordeal, playing in the BIG3 brought Abdul-Rauf back to the spotlight, and he quickly became a fan favorite. Since he spent so many years playing overseas after his NBA career ended, was he prepared for the renewed interest in his life from people stateside?

Allen: When you watch Mahmoud playing in the BIG3,  it’s very evident that he never wavered from his routine of staying in shape and maintaining a healthy lifestyle.  It’s as if he knew to stay ready for a moment and an opportunity like this. In terms of the attention he receives today, he is very humble and appreciative of the fans he has who have followed him his entire career. He also enjoys speaking to the younger generation of fans who were introduced to him as a result of seeing him play in the BIG3.

AA: You also have a connection with Colin Kaepernick, having worked with his publishing outfit on Abdul-Rauf’s forthcoming autobiography. There were immediate comparisons between the two men, though the Kaepernick saga played out in the public for a longer period of time. It might be obvious, but what role did the Kaepernick story play in development of Stand, if there was any?

Allen: Mahmoud’s story has so many layers that begin long before he became known for his protest of the national anthem. He was born in a time period in Mississippi just on the heels of the Jim Crow era and that set the tone early on for what he would be up against in his life. He was raised by a single mother who struggled to provide for him and his two siblings. His choice to take a stand by not standing for the national anthem led him down a path that didn’t include public support or the reinvention of a new career.

Although, Kaepernick’s story appears to be similar to Mahmoud’s on the surface, the two journeys couldn’t be more opposite. Kaepernick has benefited from being part of the Black Lives Matter movement and a social media culture that didn’t exist 20 years earlier. Every time Nike puts out a Kaepernick shoe or jersey it sells out in hours. Mahmoud has never received a multimillion dollar endorsement deal. He didn’t receive much if any support from the media. He didn’t have any kind of social justice movement surrounding him to support the stance he took on the court.

He did, however, have his house burned down by the KKK.  He lost everything he had, and never really received the acknowledgement for what he was willing to sacrifice for his beliefs until now.

It was important that Mahmoud’s story stand on its own away from the shadow of the Kaepernick era in order to really highlight his journey in its entirety.

AA: As we’ve seen with many high-profile hoops documentaries in recent years, quite a few NBA legends, current stars and contributors came aboard to speak about Abdul-Rauf—most notably, Shaquille O’Neal, Stephen Curry and Jalen Rose. Why was it critical to add their perspectives to Stand?

Allen: We were excited about interviewing Shaq, Steph and Jalen, because they all represent Mahmoud’s story past and present. Shaq was Mahmoud’s teammate at LSU so he was able to give us his perspective on the impact the then-“Chris Jackson’s” game had, not only on college basketball, but on Shaq personally. Jalen was Mahmoud’s teammate on the Nuggets and had a front row seat to the fallout that took place after Mahmoud’s protest. Steph became part of the discussion due to all of the comparisons that are made between their two styles of playing. He also was able to speak on what Mahmoud’s activism means to today’s athlete.  We really couldn’t imagine not having their participation in the film and everyone who appears, including Ice Cube, Steve Kerr and Mahershala Ali, were more than willing to contribute.

AA: We don’t directly hear from Abdul-Rauf in the trailer—in a sense it’s asking the world to just wait a little longer before we hear his truth from his own voice. In the meantime, what’s something new or at least surprising that you can tell us before the documentary drops?

Allen: I don’t want to spoil the film for our audience, but I can say that there are a few stories and special reveals that have never been discussed until now.

Stand will be streaming worldwide on Showtime in 2023.