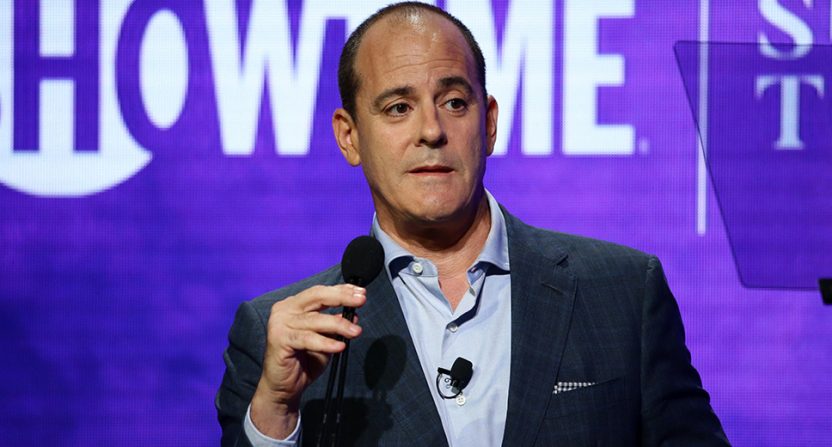 After HBO announced their departure from showing live boxing matches in September, there was some talk that fellow premium cable channel Showtime might follow suit, with promoter Bob Arum even saying in October he expected a Showtime exit in 2019. But as we wrote at the time, that seemed pretty unlikely, and comments from Showtime chairman and CEO David Nevins (also recently promoted to CBS chief creative officer) Tuesday at the UBS conference illustrate that. Nevins publicly committed to future boxing on Showtime:

They’re not leaving the boxing biz like HBO: “There’s a great opportunity for us to own the high end of boxing.”

And in some ways, Nevins may well be right. Yes, there’s quite a crowded boxing market out there between DAZN, Golden Boy and Top Rank on ESPN, Premier Boxing Champions on plenty of networks, Golden Boy fights on Facebook and more, and that was all part of HBO’s rationale for exiting the space. But that HBO departure may also provide some opportunity for Showtime. Boxing on premium cable worked well for both HBO and Showtime for a long while, and now Showtime can use it as a differentiation point that helps them stand out against HBO.

Of course, there are still plenty of competitors, including some newer ones like DAZN, and it can be debated if the “high end” of boxing will really be on Showtime rather than on  fighter-exclusive deals like what DAZN has with Canelo (and what Gennady Golovkin is reportedly eyeing with DAZN, ESPN, or PBC), but there’s certainly the chance for them to grab some good fights. And the amount of interest in the Deontay Wilder-Tyson Fury fight Saturday (a Showtime PPV) certainly seems like a sign there’s still buzz around boxing when it’s a good enough fight.

Showtime boxing announcer Al Bernstein obviously has a horse in the race, but in comments to Tom Hoffarth for a piece in The Hollywood Reporter ahead of the Wilder-Fury fight, he made a case for boxing being anything but dead, and a case for Showtime continuing with it:

With declarations of boxing’s demise a regular theme, how do you compartmentalize that as the increased exposure of the sport continues to spread on new media platforms?

It’s absurd. I understand it’s more a niche sport now in America, but you can make the argument that almost every sport outside of the NFL is that way. A sport can’t possibly be dying when internationally it’s so huge and is so accessible. I think it’s had a renaissance for the last four or five years. The mainstream U.S. media, from the late ’90s to maybe 2010, barely covered boxing, but two things have happened since then: The product it has put out there has been exceptionally good, and it has had more exposure. Over-the-air networks like NBC and Fox have it [with occasional Premier Boxing Champions specials], it’s still on ESPN for cable coverage, there are premium channels. And now we’re turning to the next intriguing chapter, because we’ve always wondered when a sport will turn to the internet as its main streaming platform, and now DAZN is trying that next bold step and we will find out in real time who will pay for it.

Even with boxing positioned on all possible ways of distribution, it’s also a viable pay-per-view product, if you price it correctly and don’t do 10 to 12 events a year. We will see how it all shakes out in the next couple of years.

…Showtime remains invested. Why is that?

Showtime has gone in a few directions since I started in 2003, with different people at the helm, but I can honestly say in the last several years, boxing on Showtime has been at its peak. There’s a commitment [Showtime Sports president] Stephen Espinoza has made with resources. In my 37 years, on every level — back to ESPN shows where they spent $4.95 on the production — I don’t think I’ve ever been on a show that put as many resources into boxing as this network has.

Bernstein notes in there too that HBO had people leaving the company before their decision to exit was made, which is also an important part of this; it wasn’t necessarily as much them cutting ties with an ongoing business in boxing, but deciding not to reinvest in it. By contrast, though, Showtime is continuing to invest in their boxing coverage, and Nevins’ comments here make it seem like that’s the plan for the foreseeable future. We’ll see how that works out for them in the long run, but it appears clear that Arum will at least be proven wrong in his comments that “within the next year, Showtime will be exiting from boxing.”