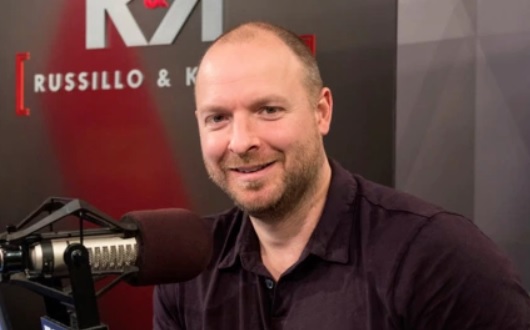 Following comments regarding the George Floyd protests on The Bill Simmons Podcast that many viewed as tone-deaf and misguided, The Ringer’s Ryen Russillo began the latest edition of his show by apologizing for his remarks, saying “he did a bad job,” the discussion on the matter with Bill Simmons “was a miss on my part,” and “my tone sucked.”

“I should not have been the voice that you heard from,” said Russillo, on the podcast released Wednesday. “You needed somebody with a better perspective, a different life perspective on everything this country just went through in the past week. I was not that person and that was a mistake.

“The mistake you can make when you do the podcast — at least with Bill and I, because we’ve been doing it a while, we’ve known each other a long time — we can become very casual, just two guys talking, forgetting that all of these people are listening to you and I can’t make the assumption that ‘Of course they know that I’m more upset about George Floyd than I am about people stealing from stores.’ But that’s not the way it came off and was a terrible assumption for me to make because I come off in the podcast as if I don’t get it at all.”

Ryen Russillo responds to the backlash over his comments on George Floyd protests: pic.twitter.com/hymm8gx9Ov

Simmons apologized at the beginning of his next podcast, acknowledging that he and Russillo “misread the moment” and should’ve invited someone who could offer the different perspective that was required. (Civil rights activist DeRay Mckesson was the guest on the follow-up show.)

As Russillo mentioned, he seemed to express more anger over the looting that occurred during protests than the killing which triggered the civil outrage while also feeding into conspiracy theories about pallets of bricks left near protest sites (which have been dispelled) and criticizing unions.

“The Dallas brick thing, that didn’t make any sense.” pic.twitter.com/dLAIG9qzSk

“Some of the people who may have had an open mind about this are looking at not the protesters but the looters,” Russillo said, “who look like everybody — black, white, male, female, you name it — just breaking into sneaker shops, where it’s no longer about George Floyd, it’s about rare Jordans.”

Russillo didn’t address his comments about The Ringer’s staff diversity that prompted a strong response from the Ringer Union and individual writers at the company, but those could perhaps be grouped under the umbrella of “a miss on my part.” Simmons didn’t go into that either. (And, frankly, Russillo may have been sucking up to his boss despite his insistence to the contrary.)

As Russillo said, having a popular outlet can sometimes make you lose perspective on the importance of your opinions. You get comfortable and assume the person you’re talking to knows what you mean, which also extends to the audience.

Simmons and Russillo probably should’ve checked themselves, but got caught up in the moment and a need to address a matter that made anything else seem trivial by comparison. However, both of them acknowledged their flawed perspective and apologized for not realizing the larger scope of their conversation.