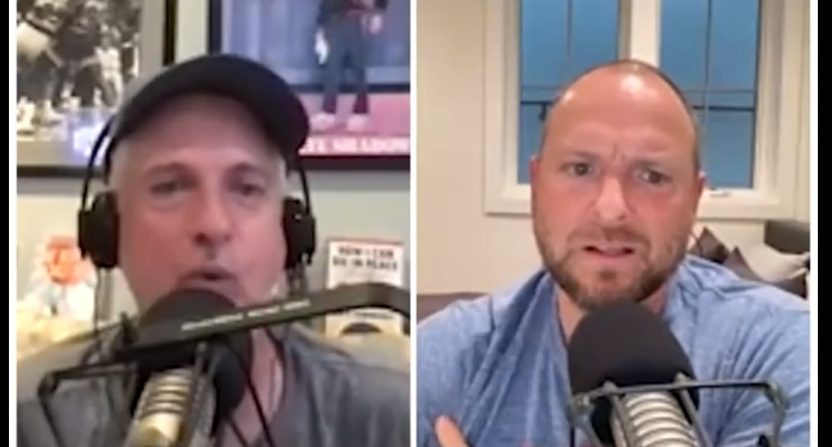 Skip Bayless already labeled LeBron James a “master media manipulator,” but is the NBA superstar so manipulative that he convinced ESPN to be his soft-landing spot?

With the Los Angeles Lakers season in shambles, Simmons and Russillo agreed someone will eventually write a story claiming James wasn’t on board with the decision to acquire Russell Westbrook. This will come despite contrary reports widely stating James helped convince the Lakers to acquire Westbrook over DeMar DeRozan.

“I’m just telling you right now, somebody talked to me about it and it was almost like a test drive with me,” Russillo said as Simmons could be heard giggling in the background. “And I was like, ‘No, don’t even f*cking start with me on that LeBron wasn’t totally on board with this.’ Like don’t even, don’t tell me that. I don’t work on The Jump alright. That’s not happening.”

The Jump was canceled and replaced by NBA Today last year, but Russillo was clearly implying that someone from ESPN is willing to help James evade criticism for the Lakers’ failed experiment with Westbrook.

Russillo is not the first person to accuse ESPN of potentially giving LeBron James preferential treatment, but as he mentioned The Mothership, Simmons stayed quiet. Simmons eventually broke the silence by admitting his concern for Russillo’s allegations against ESPN saying, “There’s just too many ways to get in trouble right now.”