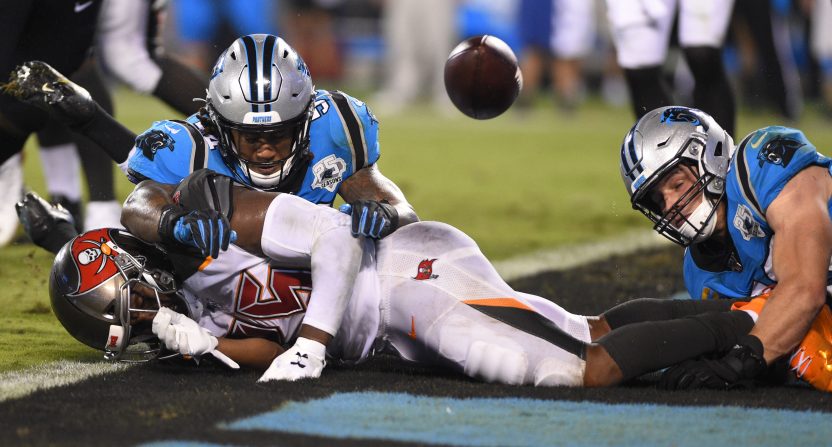 Chief among them: a 27-minute weather delay midway through the first quarter. In addition to that, the game itself was pretty bad; yes, it came down to a goal-line stand late in the fourth, but the quarter-by-quarter scoreline looked more like a tennis match than a football game.

There was also the fact that the game was going up against a Democratic primary debate on ABC and Univision, a three-hour broadcast that drew 14 million viewers to win the night overall. It even faced network sports competition, as FOX aired a national baseball game despite the fact that they’re the network producing these NFL Network exclusives, including having Joe Buck and Troy Aikman on the call. That’s related to their revamped college football strategy:

The FOX Thursday Prime MLB games used to be the FOX Saturday 1pm ET games. Those had to move in order for Big Noon CFB strategy to be possible. MLB gets network Prime windows in exchange. It’s a complicated media universe out there…

And yet, with all of these factors considered, the numbers really weren’t that bad.

Buccaneers/Panthers drew 6.641 million on NFLN. Down 5% from last year's wk 2 Ravens/Bengals but considering the 27 minute weather delay and last night's telecast being 17 minutes longer even excluding the delay don't think it's anything to fret over.

I'm not sure of the thinking but the MLB game averaged 1.75 million on Fox. Last year repeats on Fox averaged 1.6M from 8-10. https://t.co/NmoldVo0Mq

Next week’s Thursday game: Tennessee at Jacksonville, which is the last NFL Network exclusive for a while, as Fox takes over; those games will be aired on both networks. There should be less competition next week, although it’s hurricane season, which means there’s no guarantee on the weather. Hopefully the pregame audio goes smoothly next week, at least.