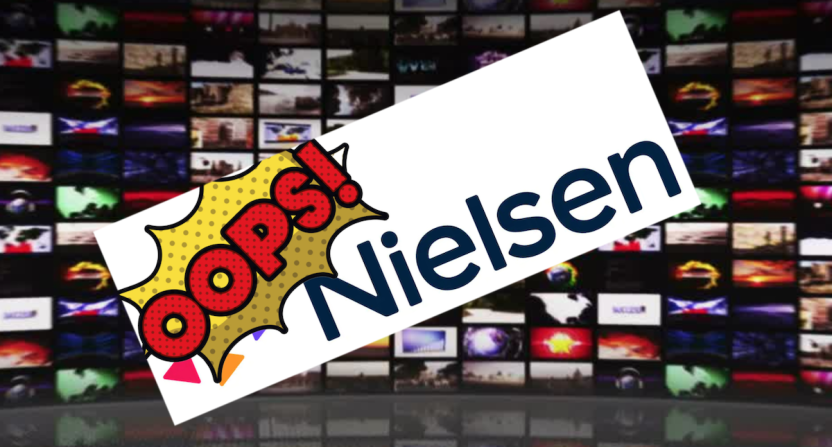 Nielsen has long been the brand associated with TV ratings. But a changing TV landscape — notably, viewers increasingly watching programs later on DVR or streaming — has changed the reliability of those metrics.

Those changes and the belief that Nielsen can’t properly count viewership anymore have led TV executives to call for a different system, a different research firm to measure ratings in the age of delayed viewing, cord-cutting, and on-the-go viewership.

A recent announcement by Nielsen will probably make those calls for change even louder. As reported by Variety‘s Brian Steinberg, the company admitted that it’s been undercounting “out-of-home” audiences for national TV programming since monitoring such viewership in September 2020.

In other words, Nielsen hasn’t been properly counting viewers watching in bars, hotels, offices, and other places outside the home, providing incorrect data and affecting ratings for a variety of national programming.

“As part of routine testing and quality controls, we recently identified an error that caused an understatement of reported out-of-home audiences for our National TV service,” Nielsen said in a statement (via Variety). “While there is no impact to most telecasts, and no impact to local television, we did find some variances for events that tend to yield larger out-of-home audiences, such as live sporting events.”

The company went on to say that the error, attributable to a “software issue,” has been corrected and new, presumably correct data collected since January 2021 will be provided. Yet the problem is being exacerabated by Nielsen’s admission that supposedly corrected information won’t be available February. Viewership numbers for the Fall 2021 season will be provided at a date “to be determined.”

Nielsen said in a statement. “The error has been corrected and Nielsen will be reissuing data from January 2021 to present in order to provide the industry with the most complete data.”

TV network executives were already upset with Nielsen for delaying the rollout of out-of-home viewership. At the time, Nielsen cited the COVID-19 pandemic for the delay. But this news makes it appear as if there were better reasons for wanting to hold back out-of-home numbers.

As you might expect, executives and media companies aren’t happy about this latest development. From Steinberg’s report:

“‘Today’s announcement by Nielsen of more systemic errors that have further undercounted TV ratings for the last fifteen months is more of the worst possible news at the worst possible time, both for Nielsen and the buyers and sellers that use Nielsen data as trading currency,’ said Sean Cunningham, CEO of the [Video Advertising Bureau] an industry organization that represents TV networks to advertisers. He called Nielsen’s mistake a ‘stunning omission’ that adds to the ‘unprecedented scale of Nielsen’s 2021 undercounting and the depths of discovered defects in their core competency on TV measurement.'”

Nielsen agreeing to measure (or try to measure) out-of-home audiences was already a concession to TV networks, which felt that the company’s previous ratings weren’t adequately reflecting the evolving tendencies of TV viewers. But this “stunning omission” is sure to further erode trust from TV networks in Nielsen’s ability to properly measure ratings.

This past August, David Zaslav, president and CEO of Discovery — soon to become Warner Bros. Discovery in a merger with WarnerMedia — voiced his displeasure with Nielsen in a call with investors.

“I don’t have a lot of hope for Nielsen,” Zaslav said, according to the New York Times. “I think somehow, as an industry, we’re just going to have to work our way out of it from a technology perspective and leave them in the dust.”

That sentiment will likely only increase with Nielsen’s latest gaffe.