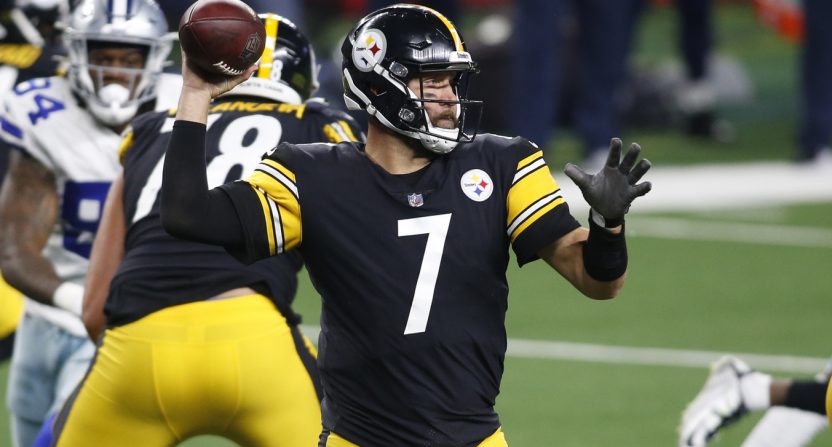 Week 9 of the 2020 NFL season was somewhat unremarkable on the field, highlighted by the Steelers’ comeback win over the Cowboys in the late window on Sunday. Naturally, that was the one window of the week to see an increase from last year.

The rest of the day was a disappointment. In the early half of the CBS doubleheader, 10.232 million viewers watched the window highlighted by Ravens-Colts, down 11% from last year (Steelers-Colts to most of the country, 11.49 million viewers). For its singleheader, Fox nabbed 15.736 million viewers for Panthers-Chiefs and Raiders-Rams (among others), down 14% from 2019 (18.27 million for Vikings-Chiefs and Eagles-Bears).

But the week’s real disappointment came on Sunday night. The Saints-Bucs clash was hyped as a meeting between all-time legends Drew Brees and Tom Brady. It ended up being a dud, with Brees and the Saints going up by 21 within the first 20 minutes of the game and never looking back in a 38-3 laugher. That game drew just 16.880 million viewers, down 23% from Patriots-Ravens a year ago (22.03 million).

Earlier in Week 9, the Thursday Night Football game between the Packers and 49ers drew 13.168 million viewers on Fox and NFL Network, down 6% from 2019.

In Week 10, the schedule is a little strange because of the CBS coverage of the Masters. Fox has the doubleheader and exclusive coverage of the early window, while CBS only has games in the late window. That early window is highlighted by Texans-Chiefs, Eagles-Giants, and Bucs-Panthers, while Fox’s national game is 49ers-Saints. CBS has a pretty interesting game late in Bills-Cardinals, and Fox also has a strong Seahawks-Rams matchup in that window. As for the primetime games, we’ve got Colts-Titans on Thursday night, Ravens-Patriots on Sunday night, and Vikings-Bears on Monday night. I’m not very optimistic about those games, especially since the Sunday and Monday games will be comped to Vikings-Cowboys and Seahawks-49ers from a year ago.