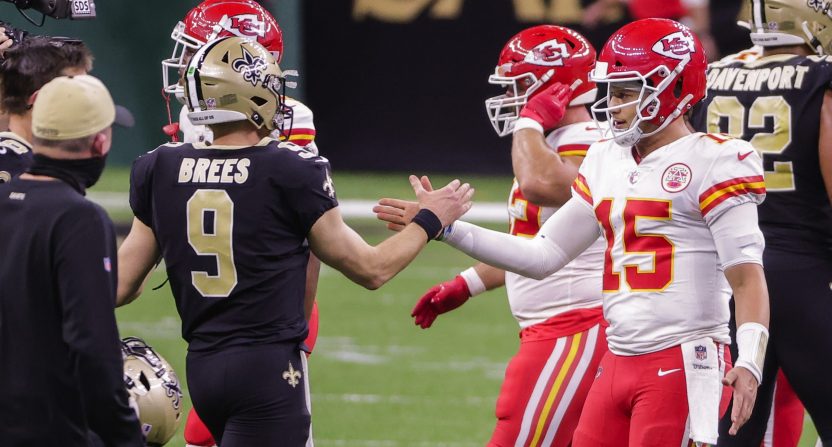 Week 15 of the 2020 NFL season is done and dusted, and it’s another week of somewhat disappointing viewership for the league.

Starting on Thursday, Chargers-Raiders drew 12.962 million viewers on Fox and NFL Network. That’s up 7% from Jets-Ravens a year ago (12.14 million).

Bouncing over to Sunday, we’ll start with Fox, who had this week’s singleheader. The majority of the distribution went to Seattle-Washington and Philly-Arizona, and the window drew 15.213 million viewers. That’s down 9% from 2019’s singleheader on CBS, when Houston-Tennessee and Vikings-Chargers drew 16.77 million viewers.

Looking ahead to Week 16, we’ve got games on four different nights – and one of those isn’t Friday. The Saints host the Vikings on Friday, Christmas Night, with the game airing on Fox and NFL Network. There’s a tripleheader on Saturday, with a pair of NFL Network games (Bucs-Lions and Dolphins-Raiders) sandwiching an Amazon-only game (49ers-Cardinals). On Sunday, Fox has the doubleheader, and the best of its three early games is probably Falcons-Chiefs. In the late window, the network has Eagles-Cowboys and Rams-Seahawks). CBS has the singleheader, featuring Colts-Steelers (among others) early and Carolina-Washington late. On Sunday Night Football, NBC has a tasty Titans-Packers matchup, and ESPN has Bills-Patriots on the Monday Night Football finale.

Of note with comparisons for next week: there was no Christmas Night or TNF game last year, so that game will have no relevant comparison. NFL Network aired a tripleheader last year instead of just two games, and with the third game airing on Prime this year, we won’t get a relevant viewership comp total for that game.