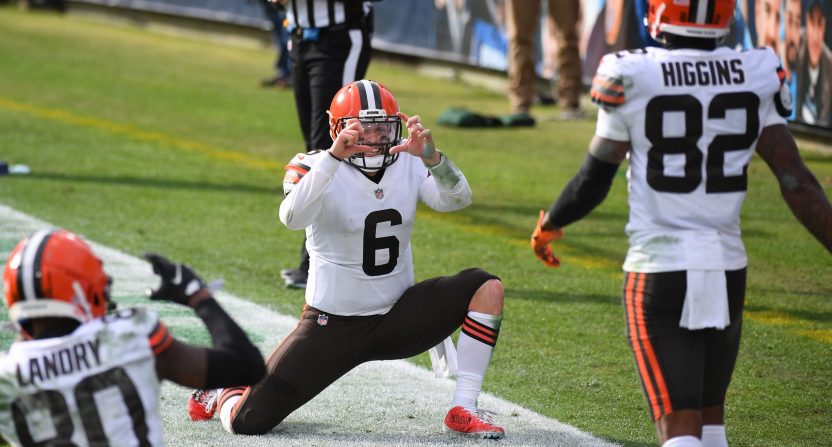 A week ago, when looking ahead to Week 13 of the NFL season, I called the schedule both a “mess” and a “slog.” Needless to say, viewership for Week 13 indicates that the weekend in the NFL was indeed a mess and a slog.

There was no Thursday Night Football due to the COVID-19 outbreak in the Ravens facility, bumping their previously scheduled Thanksgiving night game with the Steelers to last Wednesday and their previously scheduled TNF game with the Cowboys to Tuesday night. That Wednesday afternoon game, which has zero actual comparisons on any NFL schedule, drew 10.751 million viewers on NBC, which is remarkable since it started at 3:40 PM ET.

We’ll start with Fox, which had the singleheader on Sunday. That window drew 15.226 million viewers (for just four games, with Falcons-Saints the most widely distributed), down 27% from last year’s singleheader (49ers-Ravens, 20.90 million on Fox).

CBS had the doubleheader, and got an increase in the early half of the window. Half of the country got Browns-Titans in the 1 PM ET window, and 14.571 million people watched. That’s an increase of 23% from a year ago, when 11.88 million people watched the early half of the doubleheader (Browns-Steelers). Eagles-Packers was the game going to nearly all of the country in the late half of the window, and that drew 19.231 million viewers for CBS. This is down 12% from Raiders-Chiefs a year ago on CBS (21.90 million viewers).

Sunday Night Football on NBC featured a surprisingly competitive game between the Broncos and Chiefs, and drew 17.067 million viewers. That’s down 20% from Patriots-Texans in 2019.

We’re now moving on to Week 14, and the schedule is back to something resembling normalcy. Fox and NFL Network have Patriots-Rams on Thursday Night Football, which will be compared to a Cowboys-Bears game that drew 18 million viewers last year. NBC’s Sunday Night Football features the no longer unbeaten Steelers against the Bills, and will be comped to Seahawks-Rams last year (which drew just shy of 18 million viewers). The Monday Night Football matchup is Ravens-Browns, and will be compared to Eagles-Giants from a year ago (which drew a poor audience of 11.36 million viewers). CBS has the Week 14 singleheader, highlighted by Chiefs-Dolphins early and Colts-Raiders late, while Fox has the doubleheader. Fox’s best early game is Vikings-Bucs, and the game of the week late is….Saints-Eagles, which looks far more disappointing now than it did three months ago.