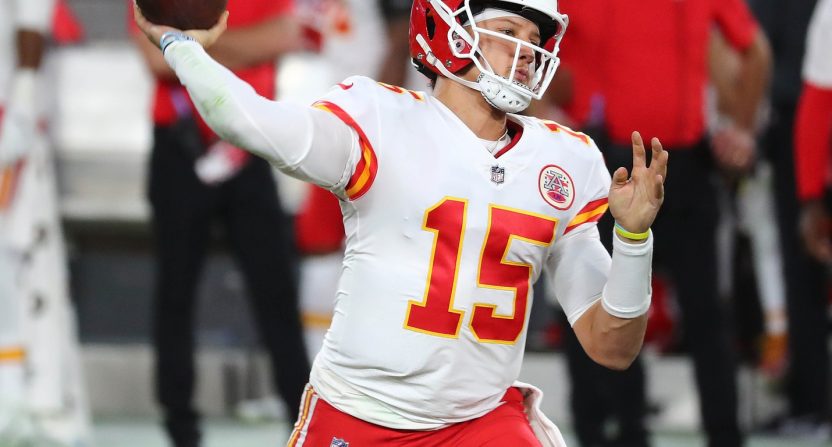 The NFL picked up three audiences of at least 23 million viewers during Week 12, but only two of the league’s windows were up from 2019.

Starting with the Thanksgiving doubleheader, the Texans-Lions matchup on CBS drew a season-high 23.389 million viewers in the early window. That’s down 14% from Bears-Lions, which drew 27.09 million in the early window for Fox a year ago. Washington-Dallas drew 30.333 million viewers for Fox, the season’s most-watched NFL game so far, but that was down 7% from Bills-Cowboys in the late afternoon window last year on CBS. Keep in mind that the Thanksgiving games took place during Week 13 in the 2019 season.

Fox’s Week 12 singleheader was the one window of the week to see an increase. 15.172 million people watched that window, with half the country getting either Cardinals-Patriots or Saints-Broncos. That’s a 12% increase from 2019 (Panthers-Jets among others on CBS, 13.52 million viewers).

CBS had this week’s doubleheader, and while both halves were down, the late game drew the network’s second-largest audience of the season (behind just that Thanksgiving game). The heavily hyped Chiefs-Bucs game drew 23.115 million viewers, down 22% from Cowboys-Saints on Fox last year (which drew a ridiculous 29.47 million viewers in the late window). In the early half of the doubleheader, two-thirds of the country got either Titans-Colts or Raiders-Falcons, and 13.461 million people watched. That’s down 12% from last year, when just short of two-thirds of the country got Seahawks-Eagles on Fox and 15.38 million people watched.

Looking ahead to Week 13, we’ve got something of a mess on our hands. There’s a game Wednesday (today) that’s part of Week 12. There’s no Thursday night game, but instead, a game next Tuesday night. We’ve got a Monday night doubleheader. Fox has a singleheader with a total of four games on Sunday, highlighted by Saints-Falcons early and Rams-Cardinals late. CBS has the doubleheader, and their best game of the day is Browns-Titans in the early window. The national game of the week is Eagles-Packers. Sunday Night Football features the Chiefs hosting the Broncos. During Week 13 last season, three of the five non-Thanksgiving windows topped 20 million viewers. Needless to say, this is going to be a slog.