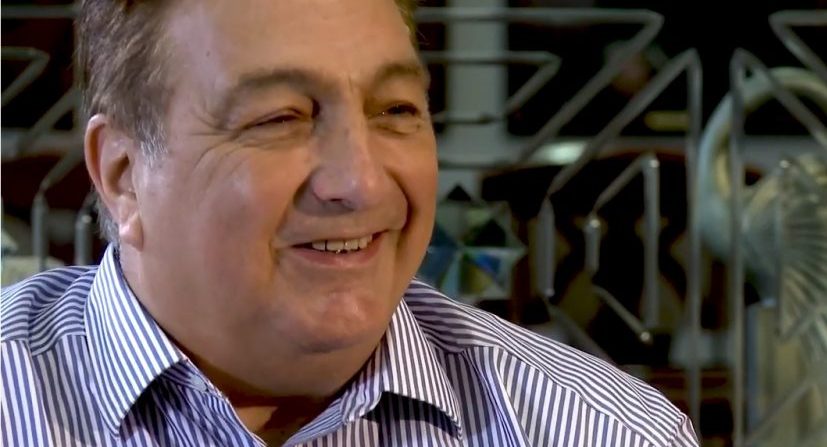 How do you celebrate being in remission from Stage 4 leukemia?

Bob Valvano went to Topgolf with his son, walked around IKEA in Cincinnati and played bocce at Pompilios in Northern Kentucky. It’s the little things that bring the ESPN broadcaster and ESPN 680 Louisville radio host so much joy these days.

Valvano described his relatively quick triumph over chronic lymphocytic leukemia (CLL) as “nothing short of miraculous.” He went from being diagnosed in April to starting treatment in May to being in remission. After dealing with several health issues in recent years, he said this is the best he’s felt since last spring.

“(My doctor) said you can do whatever you want to do—go live your life,” Valvano, 64, said. “So, I said ‘let’s try it.’ It was a full day. The next day I felt fine. Wow. This really is remission. I’ve been so happy it’s ridiculous. I feel like a little kid at Christmas.”

And his life continues to improve. Valvano said he has been offered a new contract by ESPN.

Cancer is a frightening word, and it’s one that Valvano is all too familiar with. It runs in the family. Cancer took the life of Bob’s older brother and former N.C. State basketball coach Jim Valvano as well as his mother.

According to the American Cancer Society, of 1,898,160 new cancer cases estimated for 2021, 21,250 will be CLL. 4,320 of those will result in death. But medication is constantly evolving, with new life-saving treatments being developed.

Valvano said that his oncologist Dr. Khuda Khan at the Norton Cancer Institute in Louisville, Ky. expressed confidence right from the start. Interesting side note: Khan studied at Duke University School of Medicine where he was taught by Joe Moore, who treated Jim Valvano.

Me and Rollie…he loves getting his picture taken!
We're off to a good start! pic.twitter.com/SPqlM83kvk

That’s not to say the treatment was easy. Chemotherapy takes a toll both physically and mentally. When Valvano first started, he “threw up or dry heaved 14 times in a half hour.” He also suffered from gout for two weeks due to side effects.

His lowest point came six weeks ago when the pain and sickness felt overwhelming.

“I wasn’t thinking of anything drastic, but I said ‘If this is what life’s going to be, it’s not worth it,” he said. “I’m in pain. I can’t even walk to the mailbox. I’ll never be able to play golf again. I can’t do anything.”

Valvano even feared for his broadcasting career. In addition to his show, he serves as a college basketball analyst for ESPN Radio and the University of Louisville basketball team. He has been around the game for virtually his entire life.

“I don’t know how I’m going to do games,” Valvano said. “You walk to your seat in the press box. I was worried about everything, quality of life. Would I be able to work?”

After adjustments to his medication, he started to feel better. He still has a few more chemotherapy sessions and will continue to take medications.

What does remission mean for Valvano? He said he still has cancer cells in his body, though not enough to be a detriment to his health. He is working to stay in remission. He’s optimistic that if cancer comes back, the medications will be successful again.

I want to write EVERYONE individually to tell them…thank them…hug them…but not practical.
And I DO have news.

As of my oncology tests Friday, it was confirmed.

My cancer is in remission. Remission…what a wonderful word.

Amazed at my medical team.
And so grateful. ?

When you’re around college basketball for as long as Valvano, you make a lot of friends. He heard from several of them throughout this process. He publicly announced his remission on Twitter and was overwhelmed by the response. The most surprising and surreal experience came while he was watching SportsCenter.

“Steve Levy is hosting,” Valvano said. “I look at my phone and there’s a text from him: “Yay!” I’m thinking, when did he send this? During the commercial? He was on the air. That meant a lot to me.”

Cancer runs in the Valvano family but so does being an advocate for cancer research. The V Foundation for Cancer Research was founded by his late brother, and Bob sits on the board of directors. Bob Valvano also started Kentuckiana Friends of V which donates money locally within his home state of Kentucky.

“Our country right now is so cynical about science,” Valvano said. “I keep emphasizing that when you give money to research, you literally save people’s lives.”

To donate to The V Foundation, visit here.

To donate to Kentuckiana Friends of V, visit here.