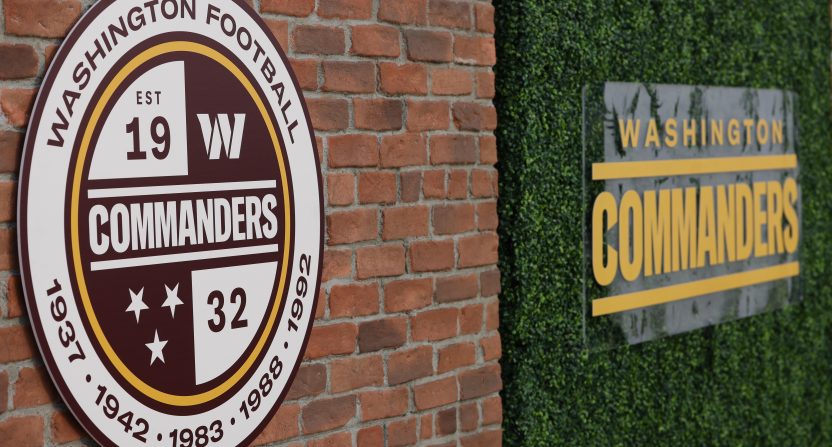 The Washington Commanders had a great day defeating Aaron Rodgers and the Green Bay Packers 23-21 Sunday afternoon. But their radio broadcast didn’t go off without a hitch.

Early in the second quarter, play-by-play voice Bram Weinstein threw the broadcast to a commercial break, but the feed remained live for an additional 40 seconds. Believing the break was already underway, broadcaster Julie Donaldson could be heard saying, “There is a lot of Green Bay here today,” to note the crowd of Packers fans who invaded Daniel Snyder’s FedEx Field.

Shortly after Donaldson’s fair analysis, Weinstein asked, “are we gonna break?” followed by a producer adding, “don’t say anything.” It took about 15 additional seconds before the broadcast made it into their long-awaited commercial break.

Prior to the above audio being made available, the mistake gained traction on social media with the sentiment that the broadcast’s producer said “don’t say anything” in response to Donaldson’s comment about Packers fans. However, after hearing the clip, it didn’t seem like the producer was responding to Donaldson as if acknowledging the well-traveled Packers fanbase was some sort of damning statement that needed to be censored. The “don’t say anything,” rather, was a way of noting they were supposed to be in break, but for some reason they weren’t yet, so stay quiet.

Hot mic blunders are never a good look, but I thought the Commanders radio crew handled this one pretty well. Aside from the 40 seconds of awkward silence and random comments to briefly present an amateurish sound, no one said anything disciplinary, and the producer did a decent job of quickly informing the announcers their mics were still hot. There were a lot of traveling Packers fans at FedEx Field Sunday afternoon, but it didn’t stop the Commanders from notching a big win.