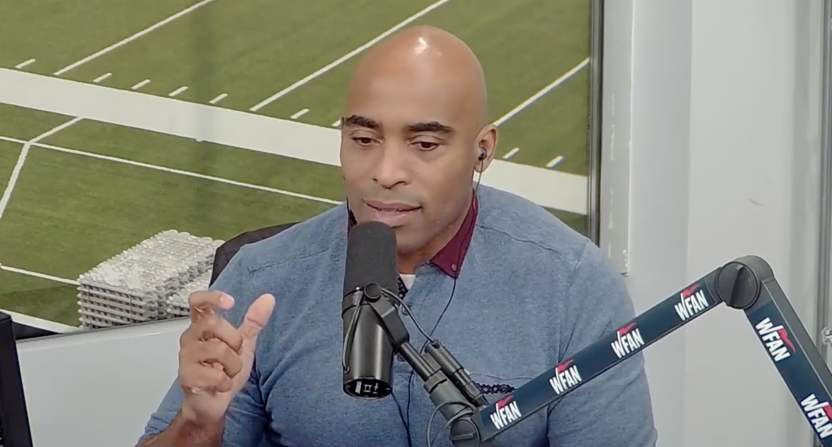 Brian Flores filed a class-action lawsuit against the NFL, the New York Giants, the Denver Broncos, and the Miami Dolphins organizations on Monday, claiming that each party played a part in the racial discrimination and systemic racism that have made it hard for black head coaches to get jobs in the league.

The Giants found themselves at the center of the lawsuit after New England Patriots head coach Bill Belichick seemingly texted Flores by mistake, tipping him off that the Giants had already decided to hire Brian Daboll as their next head coach before he had even interviewed for the position. This let Flores feel that this was a “sham” interview intended to meet the requirements of the NFL’s Rooney Rule.

Former #Dolphins HC Brian Flores is suing the NFL and the Giants alleging racism in their hiring process. Flores has texts from Bill Belichick congratulating him for getting the job — but Flores had yet to interview. The text was meant for Brian Daboll. https://t.co/gmPUw9gHIq pic.twitter.com/tyTztTf3br

The Giants released a statement on Tuesday, saying they stand behind their hiring practices and that Flores was a serious candidate.

“We are pleased and confident with the process that resulted in the hiring of Brian Daboll. We interviewed an impressive and diverse group of candidates. The fact of the matter is, Brian Flores was in the conversation to be our head coach until the eleventh hour. Ultimately, we hired the individual we felt was most qualified to be our next head coach,” the statement read.

On Wednesday, former Giant Tiki Barber, who now co-hosts the Tiki & Tierney show on WFAN, responded to a caller who said he has a platform to talk about the lack of black head coaches in the NFL and needed to use it better.

“WFAN can’t hide from the fact that not many minorities have held these seats, but I’m also not willing to scream and yell that a Giants organization I revere is racist,” Barber responded. “You want me to turn my pulpit into a bully pulpit, but I don’t believe in alleging things I don’t believe are true. You might think that I’m not fulfilling what a black guy in a host seat should do, but I can’t speak something I don’t believe.”

Barber then cited a story about former Giants owner Wellington Mara as an example of why he doesn’t believe the team’s ownership, or the Giants organization itself, is racist.

“So it was our off-day, and I remember this, I get emotional when I think about this, cause, why me, right? I get to their house in Westchester. Jeremy Shockey is leaving, because Wellington loved Jeremy Shockey, and Shockey says to me ‘they’re all in there.’ And I’m like, who? He’s like, the whole family is in there. I went to his bedside…and I just tell him, thank you for making me a Giant.

“And, you know, the fact that the Maras, and I always said this with the Tisches as well, they embraced me like I was family. I know them intimately, so when I say I don’t believe they’re racist it’s because I know they’re not.

“Maybe they don’t have the right head coach, the black head coach, black players, they don’t have a black general manager or black coordinator. But I know they’re not a racist organization, and for [the caller] to try to boil me into saying something that’s not true, it’s frustrating, because you don’t know my truth and you don’t know my interactions with this organization.

“To force me because I have the seat to do so, it’s just wrong. And it’s frustrating, and it’s creating emotion in me that’s not anger, but I can’t even put my voice on it yet. But it’s frustrating to me that the Giants are getting this rap because I don’t think this is the case.”

Barber certainly gets to have his say based on the way he was treated within the organization. No doubt, the owners of the Giants probably did have a strong affinity for the team’s star player at the time.

However, he may want to consider that this defense of the Giants organization is just another angle on the “how can I be racist, I have black friends” defense that doesn’t really get to the heart of Flores’ accusation or the larger systematic problems that it’s discussing.