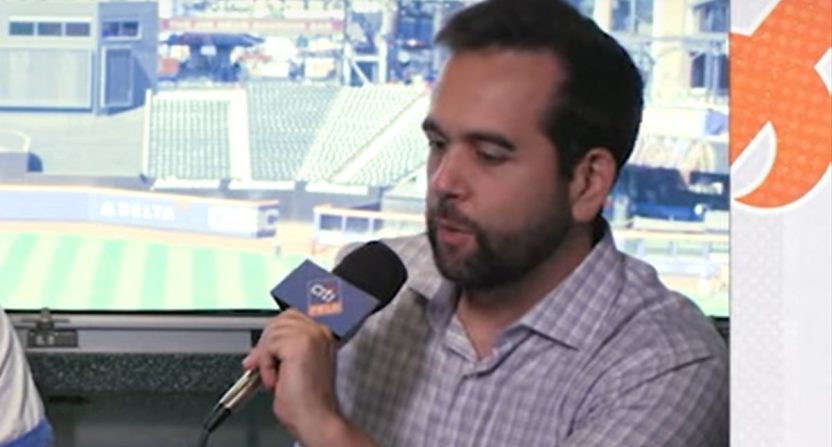 As the New York Mets make significant changes to their roster this offseason, their radio booth is reportedly next.

According to Neil Best of Newsday, Wayne Randazzo will not be returning to the Mets radio booth for the 2023 Major League Baseball season. The Mets radio flagship is WFAN sister station WCBS-AM, owned by Audacy.

Randazzo has been the broadcast partner for iconic Mets announcer Howie Rose since 2019. Prior to working alongside Rose, Randazzo served as the Mets pre and postgame host for four seasons when their games were heard on WOR.  The Mets moved from WOR to WCBS for the 2019 season and Randazzo was selected to succeed Josh Lewin in the booth.

In addition to creating a void for the Mets, Randazzo’s departure is also a blow to WFAN’s morning radio show hosted by Boomer Esiason and Gregg Giannotti. WFAN played into Randazzo’s voice having an old-time sound by using Glenn Miller’s In the Mood as a music bed for highlights, and Giannotti turned it into a radio bit filled with impressions and Ovaltine reads. Alas, they’ll have to get over the loss.

Last season, Jake Eisenberg worked as a fill-in announcer for the Mets. The 27-year-old could have potentially been a leading candidate to fill Randazzo’s void on WCBS, but he recently departed for a play-by-play job with the Kansas City Royals.

Newsday did not state whether Randazzo’s departure from the Mets was a mutual decision, but it’s unlikely that he was under a long-term contract. When Randazzo signed on to be Rose’s partner in 2019, he did so with a one-year deal. Randazzo’s predecessor Josh Lewin similarly worked under one-year contracts when he called Mets games on sister station WFAN.

According to Best, the now former Mets radio voice is reportedly in contention for a TV job with the Los Angeles Angels. Randazzo did do some play-by-play for the highly– scrutinized Apple TV+ broadcasts last season, which included getting the opportunity to call Albert Pujols hitting the 700th home run of his career.