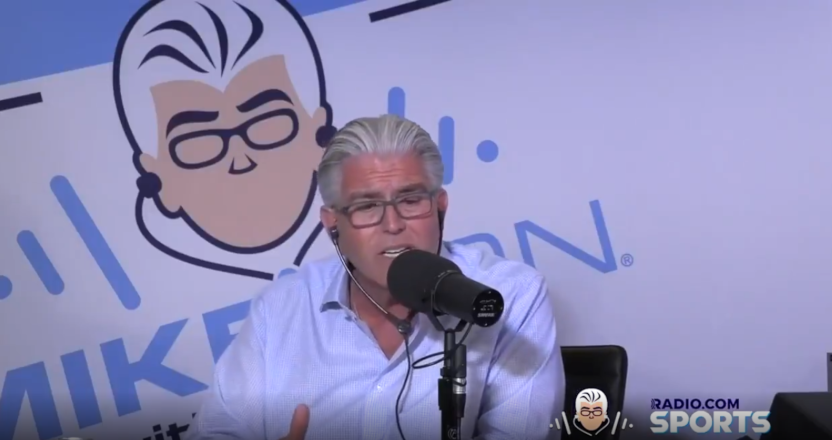 Friday saw long-time WFAN host Mike Francesa sign off from the station for good (two and a half years after his previous sign-off for good), but that show also included Francesa doing something he’s long been known for, making a bold prediction that then goes spectacularly wrong. As frequent Francesa chronicler Funhouse noted Saturday, Francesa spent part of his final WFAN show Friday talking about how the Jets weren’t going to get two first-round picks in trade for safety Jamal Adams, who had been talking for a while about wanting to go somewhere else. Well, Saturday saw the Jets indeed get two first-round picks (plus a third-round pick and veteran safety Bradley McDougald) from the Seattle Seahawks in exchange for Adams, and that made Francesa’s comments a day earlier look silly. Here are those comments:

Our guy @MikeFrancesa left us with a final parting gift yesterday. The Jets "are never gonna get" two #1's for Jamal Adams.

Less than 24 hours later, the Jets got two #1's (and then some) for Jamal Adams. The man was magical until the end. pic.twitter.com/27d8oc0iDc

“He’s tried to do everything he could to get out of here, whether that’s to get to his beloved Cowboys or to get to any other team. The problem is, if you’re a team like the Cowboys or whatever team’s trying to do something this season, if you bring a guy in, pay him top dollar at the position, and then trade a #1 and a #2, or heaven forbid, two #1s for this guy—you’re not going to trade two #1s for him anyway, you’re not going to do it, you’re never going to get that—but let’s say a #1 and a #2 or a #1 and a #3, you do that and then pay a guy top dollar, it’s a tremendous burden on your own assets.”

Previous cases of Francesa being quickly proven wrong include hanging up on a caller who suggested Antonio Brown would sign with the Patriots and calling that comment “ridiculous” (two days before that happened), and claiming that Virginia coach Tony Bennett would “never win a championship with this team” (two months before they won the 2019 NCAA basketball championship). And those are just the first ones that come to mind.

Francesa has also been famous for being wrong about things that had already happened. A few selected highlights there include him claiming that no 16 seed had ever won a NCAA tournament game (a year after UMBC became the first team to do that), saying that Jeremy Shockey “never saw anything close to a Super Bowl” (Shockey has two Super Bowl rings and scored a touchdown in one of those games), stating that Todd Gurley actually exchanged jerseys with a referee (that was photoshopped), responding to a question about then third-year Syracuse head coach Dino Babers with “I don’t know if that’s a real player or imaginary player, I’ve never heard of the player,” wondering why Maryland hadn’t played Florida State in a conference game (the Terrapins had switched conferences three years earlier), reporting a Mets injury that happened a year before as new information, and asking St. John’s men’s soccer coach Dave Masur how competitive a NCAA all-star team would be in the FIFA World Cup and how good a U.S. team would be with a blank cheque to sign other countries’ players. He’ll be missed on the WFAN airwaves.