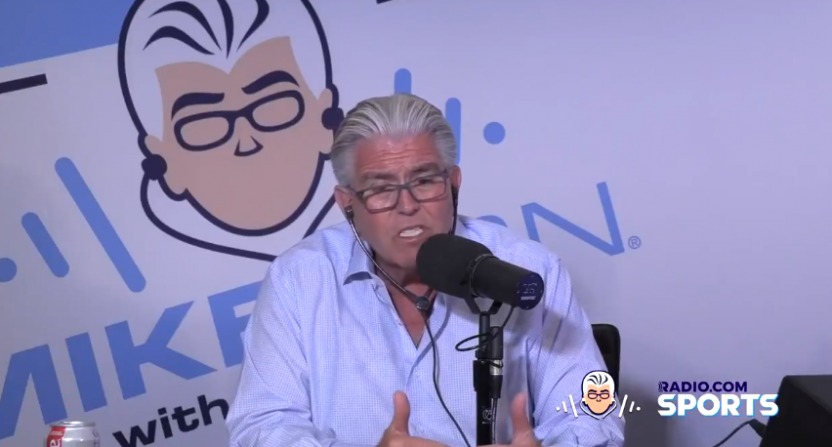 I set a reminder for 2:55 p.m. and at 2:59, I promptly tuned in to WFAN, eager to hear Francesa on the airwaves he dominated for nearly three decades. It was going to mark the first time Francesa joined WFAN, aside from ad reads for his new BetRivers podcast, since the legendary Steve Somers retired from his overnight post last November.

It’s not easy to carve out time for Francesa to call into WFAN nowadays. His feud with Gregg Giannotti keeps him off the morning hours, and as a notorious enemy of Craig Carton, joining the afternoon show would typically be out of the question. Luckily for Francesa, Carton and Evan Roberts were off Friday afternoon to jumpstart their Fourth of July weekend. Filling in, was Francesa’s former board operator Chris McMonigle, providing the Sports Pope with a comfortable landing spot.

But instead of introducing Francesa to the show for a live interview at 3 p.m., the way his former co-host Christopher “Mad Dog” Russo joined WFAN’s morning show on Friday, McMonigle ushered in a pre-recorded message.

It's 3 p.m., officially our 35th anniversary, and @MikeFrancesa delivers a message to the listeners on WFAN's 35th Birthday! ?

“Hello again everyone, this is Mike Francesa. First and foremost, let me thank you, the listeners, for making the Fan the iconic station that is has become over the past thirty-five years. There is no place like New York City, and you are the best fans in the world.

“Congratulations to anyone that has called the Fan home for any part of the past thirty-five years. We should all be very proud of what we built,” credit the humble radio host for saying “we” instead of “I.”

While I was bitterly disappointed in the pre-recorded message, Francesa was at least able to please the “stick to sports” crowd with a call for patriotism ahead of the Fourth. “Thirty-five years and going strong. Happy anniversary. And on this Fourth of July weekend, may we find some common ground and some patriotism in our very troubled country. Thank you and again and congratulations.”

I get that it was the 35th anniversary for WFAN. Not exactly a massive milestone like the 25th anniversary was or the 50th will be. Thirty-five has a nice ring to it, but in reality, it’s not much more special than the 34th or 36th anniversary. But considering Russo called in for a live interview with the morning show and Francesa’s 3 p.m. appearance was teased by the station nearly 24 hours earlier, I had lofty expectations. Never did I think it would be for a pre-written, pre-recorded, generic happy anniversary message that left me feeling duped.