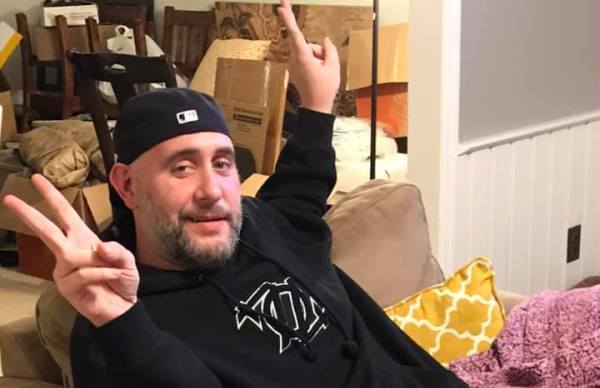 The sports media world has seen several notable losses this year, and now there’s another one. Mark Seidel, a producer and assistant program director at Charlotte, NC sports radio station WFNZ, passed away this weekend at 37 from a heart attack. Colleague Travis Hancock broke the news on Twitter Sunday:

With much sadness I say RIP to our WFNZ brother Mark Seidel. I’m heartbroken. We were HS classmates. We crossed paths again when he got into radio in 07. He was a gentle soul who I have never heard a person say a bad word about. He deserved a long and happy life. We are crushed.

Barrett Sports Media has more on Seidel’s life and career:

Seidel returned to WFNZ in 2019. It was the station where his radio career began in 2007. He worked seven years as a board operator and producer for Bustin’ Loose with Frank & Moose in mid days on the station in addition to contributing in other areas. He was recently working behind the scenes on ‘The Clubhouse‘ with Kyle Bailey, and also had helped out Nick Wilson and Josh Parcel, while lending programming support to program director Terry Foxx.

In 2014, Seidel moved to Las Vegas to produce Pregame.com’s First Preview and The Las Vegas Sportsline. In 2015, he became program director of Lotus Broadcasting’s sports stations in the market. He worked alongside a number of familiar personalities including JT The Brick, Steve Cofield, and Mitch Moss, among others. He was also the station’s PD when the company landed the radio rights to the city’s first professional sports franchise, the Vegas Golden Knights.

Here are some of the many tributes to Seidel that have popped up:

I really fucking hate this year.

On a personal level, a caring friend. On a professional level, a passionate & determined boss who believed in me & other good people.

Love out to his family & friends. @chrissyparadis, we love you.

FUC* MAN I am devastated hearing about the passing of a good friend, Mark Seidel. We met in LV, instantly became friends & was there for each other during some very tough times, even recently for me

I love you bro, my heart is broken again@chrissyparadis I'm here for you sis

So sorry to hear of the passing of @_MarkSeidel, who gave me a shot (and many other opportunities) in Las Vegas sports radio after only “meeting me” via one NJ-LV phone call. May he rest in peace. https://t.co/ySmDfdzFCV

I am absolutely devastated to learn of the death of Mark Seidel. Mark and I worked together for a number of years at WFNZ and he was as good a guy as I have known. My thoughts and prayers go out to Mark's family as well as his family at WFNZ. RIP Mark. You will be missed.

Today I lost another co-worker and it never gets easier.@_MarkSeidel reached out to me everyday when my uncle was sick and passed away in June. Mark didn't have to do that. I'll always be grateful for that. RIP Mark. https://t.co/OHg0uQc1Ml

This is heartbreaking. @_MarkSeidel was a great guy who I enjoyed working with. Please keep @chrissyparadis and Mark’s family in your thoughts. Very sad. https://t.co/rMeO1Suudq

My heart goes out to the loved ones of Mark Seidel.
I only knew Mark for a short period of time whenever I went into the study but he was as kind of a person as you will ever meet.
I and the entire @WagerTalk family will miss you.

Seidel made a large impact on colleagues and listeners in both Charlotte and Las Vegas, and it’s very sad to hear that he’s gone so young. Our sympathies go out to his family and friends.