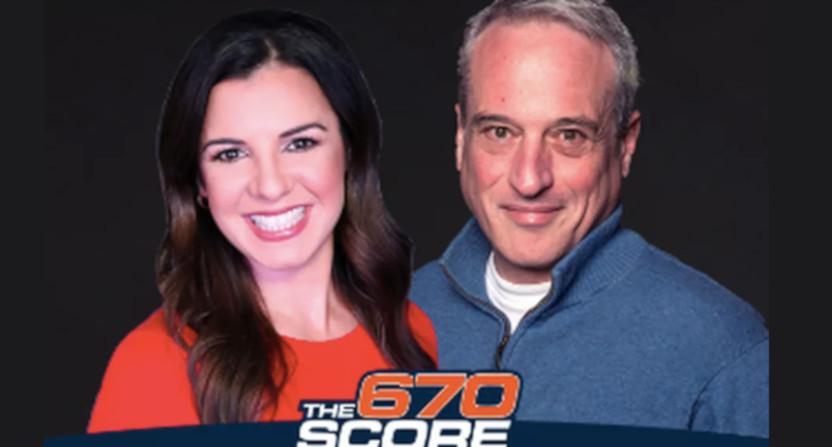 For a long while, there’s been quite a bit of discussion about the relatively few women in prominent sports media roles, whether that’s with game broadcasts, various studio shows, or other sports media roles. An interesting change on that front comes from Chicago’s 670 The Score, which announced Monday that they’ll bring in Leila Rahimi as a regular morning show (9 a.m. to noon) co-host alongside Dan Bernstein. Rahimi had been a NBC Sports Chicago contributor and anchor since 2015, but was let go by that RSN in August as part of a wave of cuts at NBC RSNs. Since then, she had been co-hosting with Bernstein on Wednesday mornings (Bernstein has mostly been doing his show solo since wide Entercom layoffs in April hit Connor McKnight, his past cohost). Jeff Agrest of The Chicago Sun-Times has some quotes from everyone involved on what this means:

“Leila is a terrific sports personality, a knowledgeable sports fan and an opinionist,” program director Mitch Rosen said. “I look at her as a sports personality who is extremely popular in our hallways and with our audience through all of our platforms. I never look at her pertaining to gender. I see her as a great sports talk-show host.”

“Since I was 5 years old, my report card has said I talked too much,” Rahimi said in a statement. “As Chicago sports fans know, I’ve loved living here and talking about sports with them and alongside the incredible media personalities here. To continue to do so in one of the best sports cities in the world is an opportunity for which I’m very grateful.”

…Bernstein largely has been hosting solo since The Score parent Entercom enforced layoffs in April that included his previous co-host, Connor McKnight. Rosen said data has shown a positive reaction from listeners for the new tandem.

“The chemistry and vibe they have shown has been great,” he said. “It made perfect sense to make this partnership.”

670 The Score has been around since 1992, but this will mark their first regular female weekday anchor. But it is notable that they had previously employed some female anchors, including Julie DiCaro (she was one of the people hit by the Entercom layoffs in April, and is now at the new Deadspin) and Maggie Hendricks, who won a 2019 Gracie Award for their Saturday Julie and Maggie Show. Still, it is a significant jump to see The Score putting a female anchor on their prominent morning show on a regular basis. And it’s interesting to see Rahimi get a chance to continue in the Chicago sports media world, albeit in a different medium.