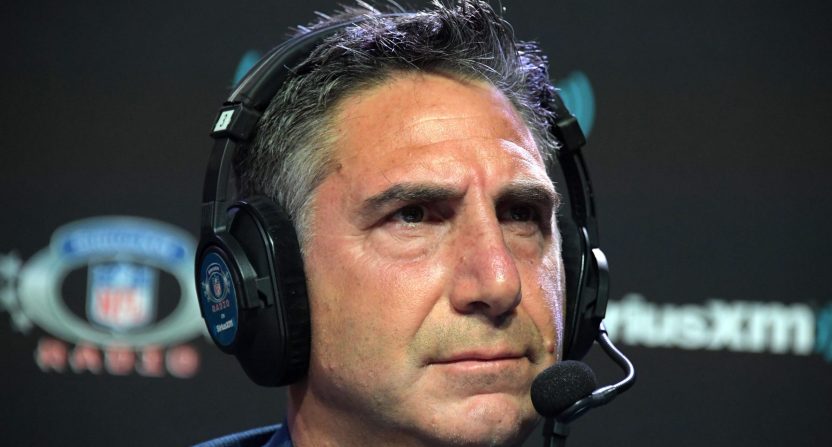 Last week’s deadly shooting at Minnesota’s Mall of America is one of the latest examples of the country’s all-too-common gun violence problem. As the shooting occurred, several New York Giants players, staff and media were inside the mall ahead of their game against the Minnesota Vikings, including radio play-by-play voice Bob Papa.

Friday morning, Papa joined WFAN’s morning show with hosts Jerry Recco and Sal Licata, who were filling in for Boomer Esiason and Gregg Giannotti. Papa joined the show to discuss the Giants upcoming game against the Indianapolis Colts, but the interview began by the radio voice recounting his terrifying story of being inside the Mall of America with an active shooter.

“Typical mall restaurant, people are waiting outside for a table to open up,” Papa said, noting that he was with former Giants tight end and current broadcaster Howard Cross, as well as longtime Giants reporter John Schmeelk. “All of a sudden…the restaurant is really crowded…the waitress came over and said, ‘there was a shooting, the mall is in complete lockdown.’”

“Howard Cross and I started coming up with a game plan of what we were gonna do, because we didn’t know what was happening, if it was an isolated incident or if it was a mass shooting,” Papa continued. “It was pretty scary for about an hour until we got out of there.”

The deadly shooting occurred Friday night, Dec. 23. Papa tweeted from the mall while they were in lockdown at the Twin Cities Grill.

“Scary here [Mall of America],” he wrote. “Shooting in mall. On lockdown at [Twin Cities Grill]. Two gunmen at least one victim.”

About one hour later, Papa confirmed he was safe, tweeting that he was out of the mall and back at the hotel, adding, “prayers to the victim.”

During his Friday morning appearance on WFAN, Papa was asked about the game plan he and Cross came up with, and whether it was an attempt at building an escape route.

“There was no exit,” Papa said. “We had just finished our meal, they were starting to bus the table and Cross was like, ‘I’m keeping the steak knife.’ So we grab that and then he started determining which tables we were gonna flip and get behind. And then I noticed that there was a little waiter stand in the back of the restaurant in this small little room with benches and stuff in front of it, I’m like, ‘Cross, I’m crawling in there.’ It was pretty tense there for a while.”

Papa added that his goal was to remain as far back inside the restaurant as possible, but he was stunned to see how many people attempted to make their way toward the front window to look into the mall area.

According to Bloomington Police Chief Booker Hodges, there was an altercation between two groups of people at the Mall of America. During the altercation, someone took out a gun and shot 19-year-old Johntae Raymon Hudson multiple times, killing him. Three people, including two minors, were charged in the shooting.