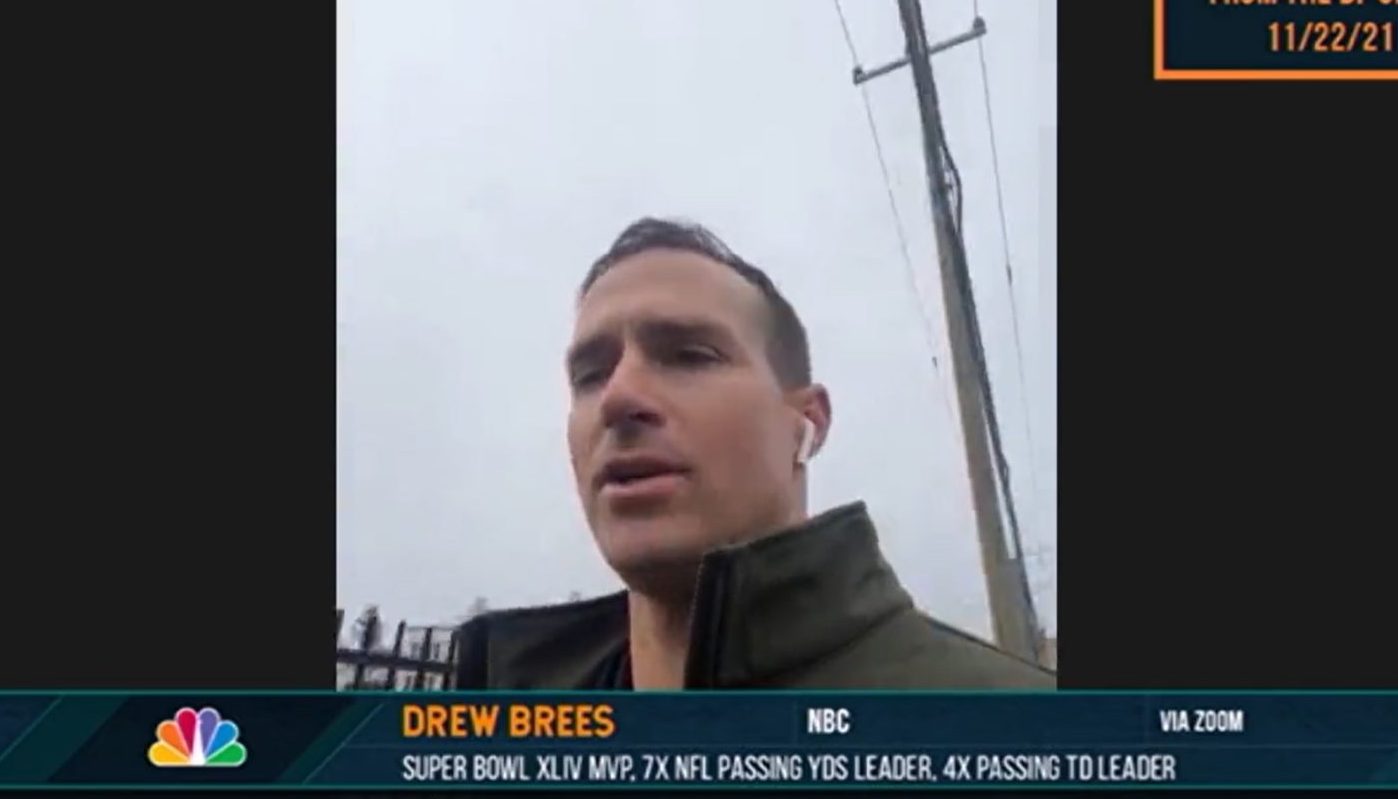 NBC hoped they were getting the next Tony Romo when they signed Drew Brees to a lucrative deal directly off the playing field. But after one underwhelming season that led to his exit, Brees’ brief tenure with NBC will be labeled a major disappointment.

The parting of ways was categorized as “mutual” by Andrew Marchand of the New York Post, with Brees reportedly wanting to be in the Sunday Night Football booth rather than in studio. According to Fox Sports Radio host Dan Patrick, it was important for Brees to be in a stadium, preparing for a game every Sunday.

“I think this has to do with Drew Brees saying, ‘there’s no fun being a studio analyst,’” Patrick explained of Brees’s exit from NBC on his radio show. “He’s Drew Brees, Drew Brees is used to going out to a stadium…now you go to an antiseptic studio in Stamford, Connecticut Sunday morning. You walk in and you see Mike Florio, Peter King, Chris Simms. You’re probably going, ‘this isn’t fun!’”

During his Monday radio show, Patrick replayed a portion of an interview with Brees from November of last year, where the retired quarterback’s comments about the difference between broadcasting and in-studio work were telling.

Did Drew Brees indicate what he wants to do going forward in an interview with DP last year? ? pic.twitter.com/N0WzXATbfA

“Broadcasting and in-studio work are completely different,” Brees acknowledged last year to Patrick. “Broadcasting to me, is kind of like playing the game. Which is a lot of fun, I prepare the same way, I watch film the same way, I think about how I would be attacking the opposing team or opposing defense the exact same way as if I was actually going to go out there and play quarterback.”

Brees came off the football field and went directly into broadcasting for NBC, where he called Notre Dame football and worked as a studio analyst on Football Night in America. He was widely considered to be the heir apparent to Cris Collinsworth in the Sunday Night Football booth, but Brees was vastly underwhelming when he called a playoff game for NBC last season, making it clear he wasn’t ready for prime time.

Nothing Brees does in retirement will replicate playing in an NFL game, but being in a stadium every Sunday and preparing for a broadcast might be as close as he was going to get. As Brees looked to transition to life off the field, studio work for Football Night in America wasn’t going to cut it.

Brees didn’t want to be a studio analyst, he wanted to be a game analyst. And unfortunately for him, he chose a network that usually airs just one NFL game a week. This wasn’t Fox or CBS where they could put Brees on a lower-level NFL game to hone his skills.

NBC’s analyst chair on Sunday Night Football still belongs to Cris Collinsworth. And in his one opportunity to showcase his potential as an NFL game analyst, Brees didn’t prove he was good enough to supplant Collinsworth. In fact, he wasn’t very good at all.