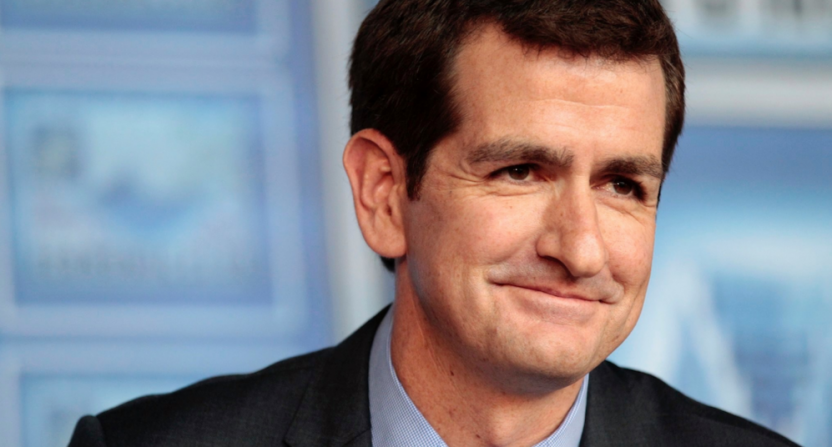 Detroit sports talk radio station 97.1 The Ticket (WXYT-FM) announced on Wednesday that its studio is now named in honor of Jamie Samuelsen. Samuelsen passed away two months ago from colon cancer and worked at The Ticket for the past eight years, the most recent four as co-host of the station’s morning show with Mike Stone.

Stone announced the dedication on the air during a weekly segment with Detroit News columnist Bob Wojnowski, who hosted an evening show with Samuelsen before he moved to mornings.

“Thanks to our bosses — Debbie Kenyon, Jimmy Powers, Entercom — and the people around here,” said Stone, “I am pleased to say that from now on, this show and every show in this place will be broadcasting from The Jamie Samuelsen Studio.”

You can watch the announcement below. Stone and Wojnowski were joined by co-host Heather Park and former Michigan offensive tackle Jon Jansen.

“It’s a fabulous way to honor a fabulous person and broadcaster,” added Wojnowski. “We’ve talked in the two months since Jamie passed about legacies, and sometimes legacy, it becomes a cliché in the sports world. But Jamie’s truly now is cemented, along with the colonoscopy awareness that continues to go on.”

Samuelsen’s wife, Detroit PBS reporter and anchor Christy McDonald, then joined the show to react to the dedication.

“Oh my gosh, what a wonderful, wonderful announcement,” said McDonald. “Jamie loved you like family, and the listeners, too. It’s been a long two months. It feels like yesterday, but then it feels so long.”

Great honor for a great person — missed daily and now remembered even more daily.
97.1 The Ticket renames studio after the late Jamie Samuelsen https://t.co/17okXUSAei via @detroitnews

McDonald went on to explain that the bright side of being quarantined during the COVID-19 pandemic is that she and their three children got to hear Samuelsen work from home.

“Our bedroom is on the first floor and it’s right above where he would broadcast,” McDonald said. “So every morning I woke up at 6 a.m. to, ‘Good morning, Jamie and Stoney, 97.1 The Ticket.’ Those are things that I wish I could hear just one more time.”

Samuelsen worked on Detroit radio and television for 25 years, first joining the city’s all-sports station WDFN-AM as an update anchor in 1994. He eventually hosted the station’s midday show and then moved to mornings, broadcasting first with Gregg Henson followed by Greg Brady. Samuelsen had been at 97.1 The Ticket since 2012.