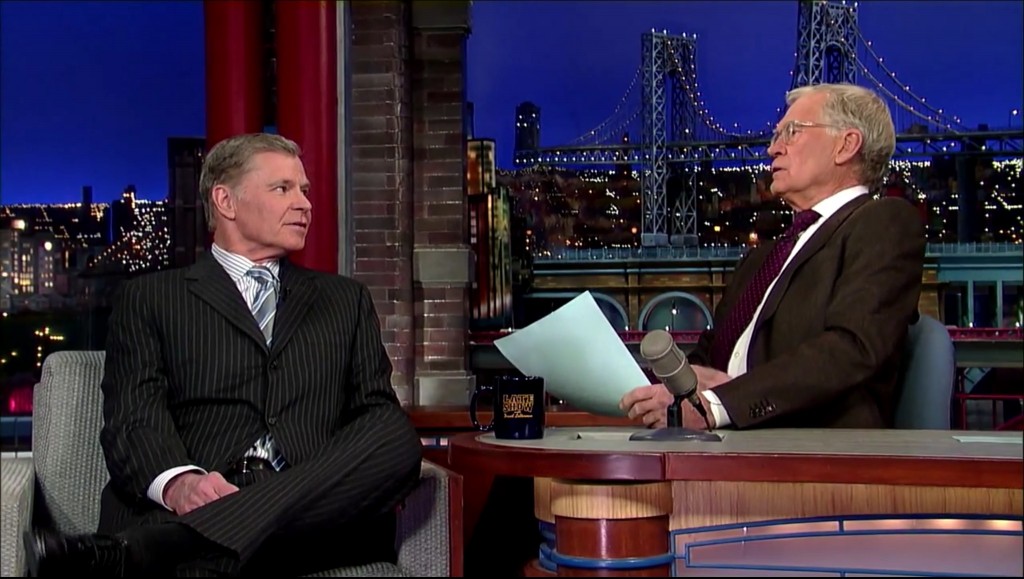 Dan Patrick was a recurring guest on the Late Show with David Letterman, but the sports radio host seems confused as to why.

According to Patrick, his appearances on the Late Show were so “cringeworthy” that he can’t imagine Letterman was very fond of him. Yet, Patrick still received calls to come back on the show.

“I never understood that, I loved watching Letterman, big Letterman fan,” Patrick said on his radio show. “And then I was on there, and it didn’t go well. We never connected, ever. But his producers would say, ‘Dave loves you, man!’ I’d go, ‘There is NO way.’”

Storytime with Uncle Dan: Did @Letterman like DP? pic.twitter.com/kLR9Q4WYr9

Despite believing he never connected with Letterman, Patrick received a call to join the late-night host during the final week of his show in 2015. Patrick was stunned by the invite, but the show producer insisted Letterman wanted him on. Determined to improve the segment, Patrick decided to change his gameplan on the show.

“My wife knows it’s always cringeworthy when I would go on there. And I said, ‘You know what? I’m gonna take control and just ask him questions.’ And I did,” Patrick recalled.

Patrick said part of why they never previously connected was because Letterman would ask nonsensical questions such as, “Why don’t they use two footballs in a game?” in an attempt to be funny. Letterman also had a tendency to go off script and ask impromptu questions that weren’t discussed in the preshow, which bothered Patrick. That’s kind of a surprising pet peeve, considering Patrick is used to having unscripted conversations on the radio.

“I was watching him do an interview,” Patrick said speaking about Letterman’s new Netflix show My Next Guest Needs No Introduction. “And it just brings back bad memories when I sit there with Letterman, cause his desk was always higher. This is a game that’s played where if you’re the guest, your chair is lower because [Letterman’s] the alpha…it’s silly.”

Letterman is a noted sports fan and had a fondness for sports hosts, having welcomed Chris “Mad Dog” Russo on his late-night show an impressive 37 times. Russo speaks very highly of his appearances with Letterman, but Patrick never developed a similar rapport. Patrick did recall at least one sort of nice gesture from Letterman, however. After getting bumped from an episode of the show for Farrah Fawcett, Patrick received a tray of meat from Letterman as a peace offering, along with a note that read “Stop being a woman.”