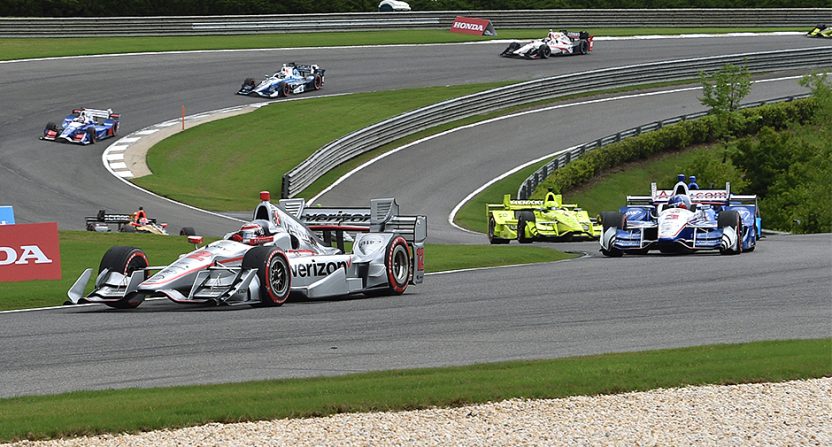 This year much of the focus on the auto racing world from a television perspective has been on NASCAR trying to reverse a seemingly irreversible ratings slide. But what about the other major American racing series?

While not anywhere near as popular as NASCAR, even in spite of stock car racing’s struggles, IndyCar has a different narrative around their television presence right now. Now that the series has found a home on NBC and NBCSN, the numbers for IndyCar races have been somewhat encouraging. At the very least, they’ve been encouraging in the fact that they’re not careening down a cliff.

With the season wrapping up this past weekend with Josef Newgarden winning the title in Sonoma, the IndyCar Series had a final tally of ratings that increased by 3% in 2017. With ratings struggles seen across television no matter the sport, any league that can get any increase is certainly good news.

The 2017 Verizon IndyCar Series on NBCSN delivered the network’s second most-watched IndyCar season ever and was up 3% vs. 2016, producing a Total Audience Delivery (TAD) of 507,000 viewers across 12 races, according to data provided by The Nielsen Company and Adobe Analytics.

This season’s viewership on NBCSN, NBCSports.com and the NBC Sports app exceeded the 2016 TAD of 492,000 viewers by 3%*, and was just 1% shy of NBCSN’s record TAD in 2015 (510,000). TAD measures consumption across multiple platforms, combining the average minute audience (AMA) for television and digital.

More than half of this season’s races on NBCSN (seven) produced a TAD of at least 500,000 average viewers, the most ever since NBCSN acquired IndyCar rights prior to the 2009 season. This year’s race at Pocono on Sunday, Aug. 20, averaged a TAD of 624,000 viewers to rank as the most-watched race of the season.

Last Sunday’s finale at Sonoma on NBCSN (6:30-8:46 p.m. ET), in which Josef Newgarden captured his first IndyCar title to become the first American champion in the series since 2012, averaged a TAD of 536,000 viewers.

In case you were wondering, Richmond, Greenville, West Palm Beach, and Greensboro followed Indy as the top five markets for the sport in 2017. While these audiences aren’t going to lead to an IndyCar revolution, it is positive for the sport that they’ve at least found some stability and a solid audience base on NBC.

The audience still isn’t close to what a typical NASCAR race would draw, but at least the trends are heading in the right direction. And IndyCar fits the NBCSN profile of having sports air that might be underserved by ESPN and others. Right now, it’s a partnership that’s been a win-win proposition for both sides.