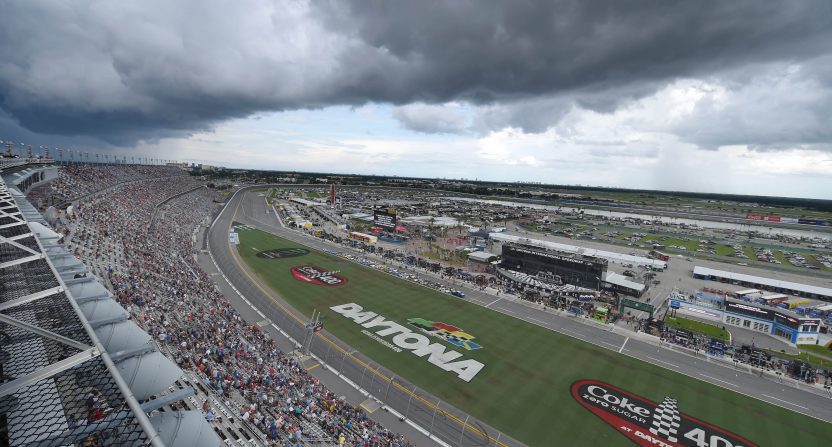 Last year, NASCAR’s ratings hit an all-time low. It was tough to see a real way out, either; it’s a sport that seemed to be losing appeal not just with viewers but with the local markets the circuit visited, as attendance numbers fell as well.

Through roughly half of the 2019 season, though, things are at the very least looking up from a ratings perspective, according to Adam Stern’s report for Sports Business Journal ($).

For its half of the Monster Energy NASCAR Cup Series season, Fox Sports finished up 3% in ratings and 2% in viewership across Fox and FS1, excluding rainouts. The network went from a 2.37 rating and 3.977 million viewers per race last year to a 2.44 rating and 4.069 million viewers this year. Still, those are coming off record lows in 2018.

Is that a huge gain over last year? No, not really. Plus, it’s a small improvement over the lowest possible bar. That’s still preferable to sinking even lower, and considering how dire things looked last year, it’s definitely a positive. There were at least a few signs that the bounce back year could continue, too.

Executives expected viewership would be hurt last season, the first without Dale Earnhardt Jr. competing. Now this year’s results show stabilization from the effect of losing the sport’s most popular driver.

“When a sport loses by far its most marketable athlete, that has to have an impact,” said Mike Mulvihill, Fox Sports executive vice president of research, league operations and strategy. “That wasn’t making excuses; that was real and impacting the sport. Now, things have stabilized.”

It’s easy to scoff at the idea that one person’s absence could drastically impact ratings, but golf has been dealing with this sort of effect for years with Tiger Woods. Dale Jr. isn’t Tiger, of course, but he’s as close as NASCAR had, and being gone without even a promise of a return (which Tiger finally fulfilled this year) was a good reason for a lot of fans to tune out entirely.

It’s obviously not all good news, though. Attendance remains an issue, for example:

Also, attendance seems to have not yet stabilized. International Speedway Corp. saw a 4% drop in admissions revenue in the first quarter and said it was expecting declines at some of its tracks in the second quarter. Speedway Motorsports Inc.’s first quarter wasn’t directly comparable to the prior year because of scheduling changes, but it’s seen mixed results. Charlotte Motor Speedway drew a good crowd in May, for example, but Bristol Motor Speedway attracted a strikingly small crowd for its spring race. The Daytona 500 is the only race to announce a sellout so far this year, with Watkins Glen International saying it’s pacing toward one in August.

NASCAR is clearly still figuring out how to package itself to attract a new generation of fans, and it’s likely they’re never going to return to their peak in terms of ratings impact. That’s just kind of how it goes in 2019, though, and trending up is always preferable to trending down.