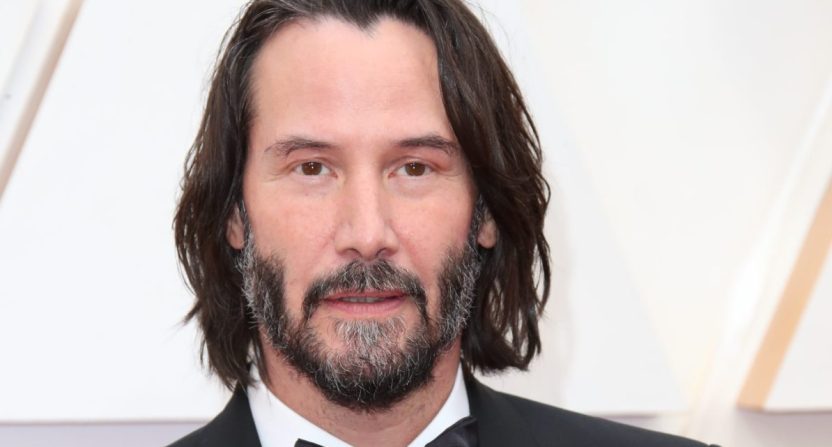 Formula 1’s American surge has seen plenty of effects in the media world, both in terms of traditional coverage and outside projects.

In the wake of ESPN re-upping for broadcast rights at a much higher price and the ongoing success of Netflix’s Drive to Survive docuseries chronicling the current events of the sport, Apple closed a deal for a promising Brad Pitt-starring film set in the world of F1 from the director of Top Gun: Maverick.

Now another A-list Hollywood star has a Formula 1 project in the works, although it’s not dramatized. According to Variety, Keanu Reeves has been working on a docuseries focused on Brawn GP’s 2009 season. Reeves is set to host the series, which Variety notes is likely headed to Disney+ in 2023.

The as-yet-untitled four-part docuseries will reportedly focus on Formula 1 managing director Ross Brawn, who in 2009 bought the Honda team, renamed it Brawn GP and took it to two unprecedented championship victories.

Reeves will host the doc and has already been conducting interviews. Among those believed to be on board are former Ferrari chairman Luca di Montezemolo, whom Reeves was pictured with last month, and drivers Jenson Button and Rubens Barrichello. Brawn himself is also set to take part.

Reeves spoke on the project, as well:

“We want to tell that amazing remarkable story [of Brawn GP],” he said. “There is so much to talk about.”

“A friend of mine was telling me the story and I was so struck by it and he was actually working for Brawn back in the day in publicity and he’s a producer/director and so we were like, well let’s tell that story, let’s try and tell that story,” the “John Wick” star continued.

“It’s been really great to be able to learn more about what was going on in Formula One that year. It wasn’t just the cars, new regulations, FOTA [the Formula One Teams Association], breakaway series. I mean there was just so much happening in Formula One at that time. The world of Formula One was just extraordinary. I mean, it’s always extraordinary, but in that year with Brawn GP I think something really special happened.”

Having Reeves on board almost certainly elevates the profile of the project, along with the ongoing and increased exposure of the sport. For Disney, which has an obvious F1 tie-in thanks to their ESPN synergy, it makes a ton of sense; it isn’t hard to imagine the doc being promoted during F1 coverage next year.

Most importantly, though, the whole project sounds very promising, and it’s fun to see a star like Reeves dive into this particular world.