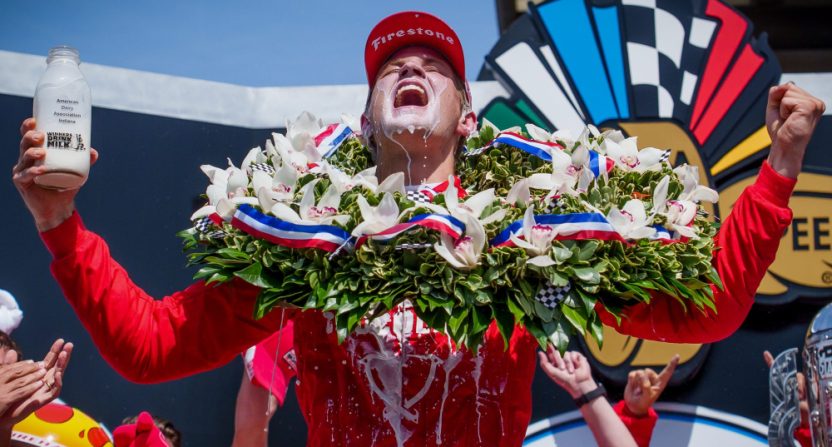 The series, premiering in the spring, is produced by Penske Entertainment and VICE, and will first air on The CW before being available on Vice’s various platforms.

Here’s a bit more about the series from the release.

“The Indy 500 is the most unique, exhilarating and engaging event on the planet,” Penske Entertainment President and CEO Mark Miles said. “It’s an unrivaled spectacle fueled by ambitious, fearless and captivating personalities. This series will give viewers an unprecedented front row seat as the racing season begins and the countdown to Indy accelerates. Ultimately, through the compelling creative lens and massive reach of both VICE and The CW, we will bring the world-class competition and drama of the NTT INDYCAR SERIES to a newer and more youthful audience.”

The 100-day window is benchmarked by drama, intrigue and fierce competition from the very first race of the season all the way to the checkered flag at the Indianapolis 500. For the winner, it is a life-changing experience, etching his or her name into the history books. This year, four-time Indy 500 winner and former “Dancing with the Stars” champion Helio Castroneves is eyeing a record fifth win but will face stiff competition from a rising generation of young talent all eyeing “The Greatest Spectacle in Racing” and its multimillion-dollar purse.

“100 Days to Indy” will showcase what it takes to compete at the highest levels and at the height of danger, while providing a window into the on- and off-track lives of some of the sport’s most engaging drivers.

However, Miles said that NBC passed in part “because they saw the beauty of the strategy for us and them of not just going to NBC and Peacock but, by going to a whole new audience, we think it has the potential to help the NBC audience, and they’re fired up about that.” Gibson cited statistics showing that The CW is in 98% of Nielsen households in America and that Vice is No. 1 in digital consumption and minutes viewed across Gen Z worldwide.

Launching the docuseries makes plenty of sense for IndyCar, especially given how much success Formula 1 has had with Drive to Survive on Netflix. As for the distribution model, only time will tell whether or not airing the series on The CW and Vice was a wise choice.