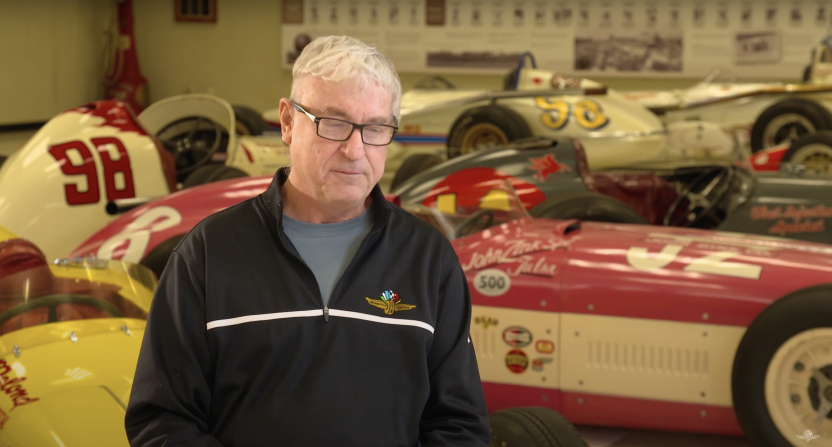 Bob Jenkins is one of the most iconic voices of the Indianapolis 500 and for the entire sport of auto racing. On Tuesday, Jenkins revealed that he is going to cut back on his public announcing duties at the Indianapolis Motor Speedway as he undergoes treatment for brain cancer.

In a video interview with IMS President Doug Boles, Jenkins reflected on his illustrious career at the Speedway. Toward the end, things got serious as Jenkins explained his recent health issues which started on Christmas night and asked the racing community for their prayers as he undergoes chemotherapy and radiation treatment.

“It happened on Christmas night. I awoke with a severe headache… I made it to one hospital. They did a cat scan and then told me that I needed to go some place else for an MRI because the Crawsfordsville hospital didn’t do MRI’s.”

“The first diagnosis was a stroke. The second diagnosis was ‘We have found two malignant tumors in your right temple and you have brain cancer.’ But I had colon cancer in 1983 and I survived that. And with God’s help, and my beloved race fans, I’m gonna make it.”

“I’m not going to completely retire, I’m going to say I am cautiously optimistic about working some of the public address this year but you will not see me or hear me as much as you have during the past few years.”

Jenkins began his career with the Speedway in the 70s on the IMS Radio Network. Even after heading to ESPN in their infancy to cover various forms of auto racing, Jenkins always came back home to Indiana for the Indy 500. At Indianapolis, Jenkins held a variety of positions on the radio broadcast and was “The Voice of the ‘500” as chief announcer throughout the 90s.

When Versus (now NBCSN) took over some IndyCar rights in 2009, Jenkins was hired to be their first play-by-play announcer. Jenkins was there for four years until he announced that he would retire in 2012 in order to take care of his wife Pam, who died of brain cancer.

Since 2011, Jenkins has been on a part-time schedule working the public address system at IMS. Jenkins is hopeful to continue his PA duties in some form but it’s smart to have a “wait and see” approach after chemo and radiation to see how he feels entering the month of May.

Like he said, he’s already beaten colon cancer so here’s hoping Bob can beat this and be a presence at the Indianapolis Motor Speedway for years to come. The racing and media community will be thinking of him throughout this battle.