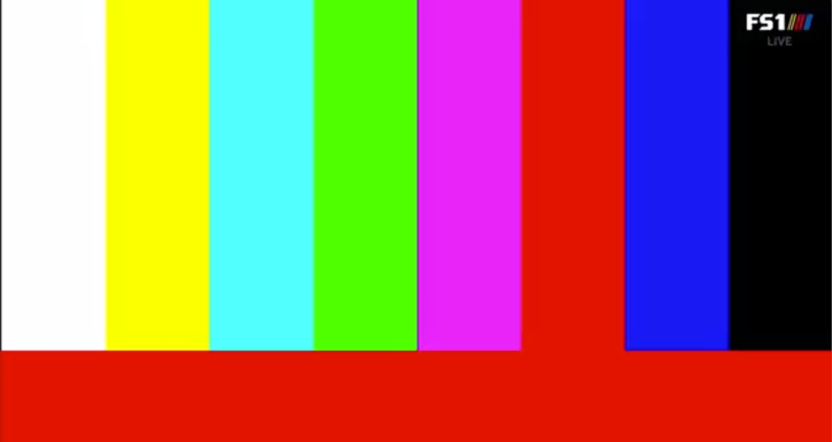 Fox’s NASCAR Gander Outdoors Truck Series broadcast of the Hall of Fame 200 on FS1 Saturday ran into some technical issues at the worst possible time. Just ahead of the finish, FS1’s video feed froze, then went to a test pattern, and the audio feed died. Fox then cut to a FS1 NASCAR graphic on the screen and got the audio back. The race finished with audio coverage only:

The video came back shortly after that, but because the race had already run overtime, the broadcast crew quickly threw to the Oklahoma State-Iowa State college football game (which was already underway; interestingly enough, it started on FS2 rather than Fox Business, and only switched to FS1 about six minutes into the first quarter):

Check out the full finish and Todd Gilliland's celebration from Saturday's NASCAR Hall of Fame 200 at Martinsville! pic.twitter.com/wSWQ7kpbSC

But that’s still an unfortunate sequence of events for Fox, and an especially unfortunate one for racing fans who were watching this. That’s certainly an unsatisfying way to find out how a race finished.

The race will re-air in its entirety, including with the finish and post-race interviews, Sunday at 9:30 a.m. Eastern on FS2.